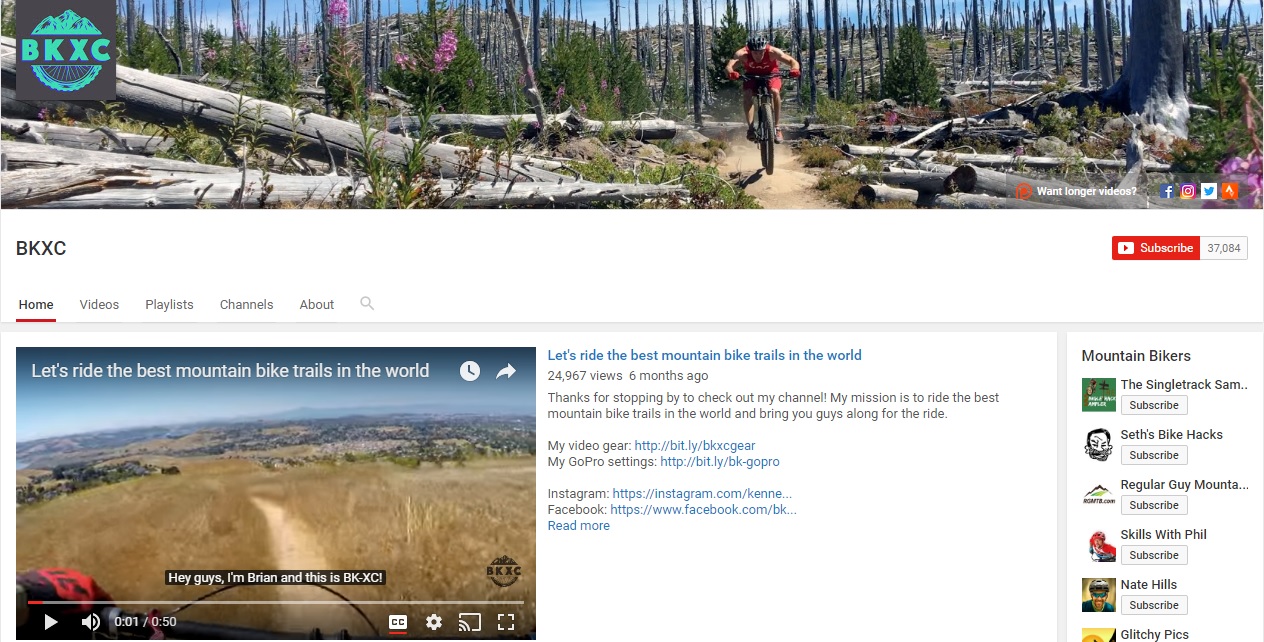 You’ve probably figured by now, we can’t get enough mountain biking.  Whether it’s photography, well-written articles, or video, we’re always on the lookout for quality work from others in the industry.

A good video can stoke your inner fire as well as anything, and we have a few go-to channels to get us excited about riding when it’s cold and dreary outside.  These four channels should be on every mountain biker’s subscription list- the quality coming from these guys on a regular basis is outstanding.

You’ve probably seen Pinkbike or MTBR share some of Nate’s videos- shredding Captain Ahab in Moab, ripping down Hangover in Sedona.  First off, Nate and his buddy Kyle Mears have mad skills- us mere mortals would probably seriously injure ourselves if we tried to ride these trails as fast as they do.  Secondly, what we really like about their videos is that they ride a lot of the same trails we do:  in Moab, Crested Butte, Sedona, Fruita, and even here in the Boulder area.

Their #FollowCamFriday is slowly becoming something every mountain biker looks forward to on a weekly basis.

This channel is a little different from the other three on our list, as Seth focuses on “hacks” to help you become a better rider, or simply to enjoy riding more.  His funny takes on all things mountain biking keep us laughing but they’re also super informative.  From teaching you how to change a shifter cable to how to bunny hop a log, Seth tackles dozens of practical skills and answers we’ve all been wondering about.

He puts out a video every 2-3 days, and his takes are always fresh and downright funny.  Give him a follow!

We’ll admit, we’re a little jealous.  Brian Kennedy (BK) burst onto the mountain bike Youtube scene (there’s a scene, right?) about a year ago, and he’s been killing it ever since.  His personal mission is to ride the best trails in the world, and to take his fans along for the ride.  Already this year he’s crushed it in Moab, Crested Butte, New Zealand, and the Basque region of Spain.

His videos are POV-oriented, as he uses a chest-mounted GoPro for a large majority of his stuff; the best spot for it, in our opinion.  Additionally, he mixes in some really informative bike and product reviews to give an educational slant and to mix things up a bit.  He’s always interacting with his fans too, so if you comment or ask a question, most certainly expect a reply from BK himself!

I know, I know… you’re asking:  Yeti, really?  Don’t you work with Ibis and BMC?  Yes, we do, and yes, we don’t care.  Even though Yeti is the “arch enemy” (not really, but go with us here), their multimedia guys are absolutely killing it.  With every video they put out, we’re more and more impressed.  The combination of amazing locations, riders, and cinematic quality makes these videos some of the best produced anywhere, by anyone.

They have a series of 4-5 minute videos from places like Iceland, Crested Butte, Aspen, Durango, Moab, and Sedona that will make you want to jump on your bike as soon as you’re done watching.  No one captures the beauty of mountain biking like these guys.