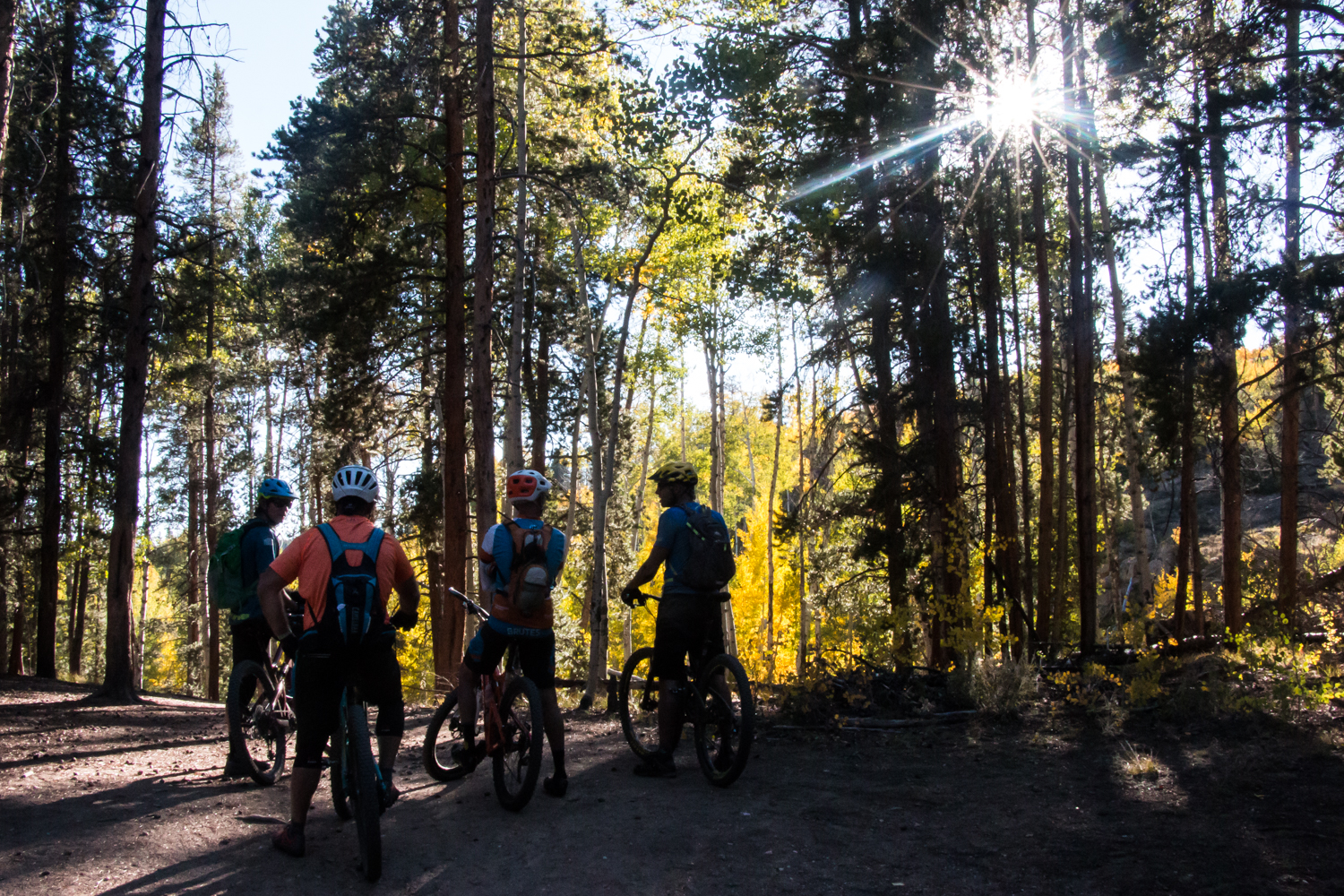 Photography is a big part of what we do at Chasing Epic- whether it’s stopping to take pictures of (or for) our customers or just wanting to capture a special moment for ourselves, we always try to build photos into our rides.  You’ve no doubt been asked to wait for an extra minute or two to let me ride ahead and set up a shot… well, this is the result of those efforts.

This year’s winners are broken down by month to keep it simple.  Thanks again!

Back in January, I headed down to St. George with fellow trip leader (and founder of Live Full Time) Scott to scout out the area and get some mid-winter riding in.  Unfortunately, the high mesas of Gooseberry and Little Creek were snowed in thanks to a storm from a few days prior.  That meant we spent more time over in Santa Clara riding trails like Sidewinder, Zen, and Suicidal Tendencies.  The snow on the Pine Mountains made for a great backdrop here. 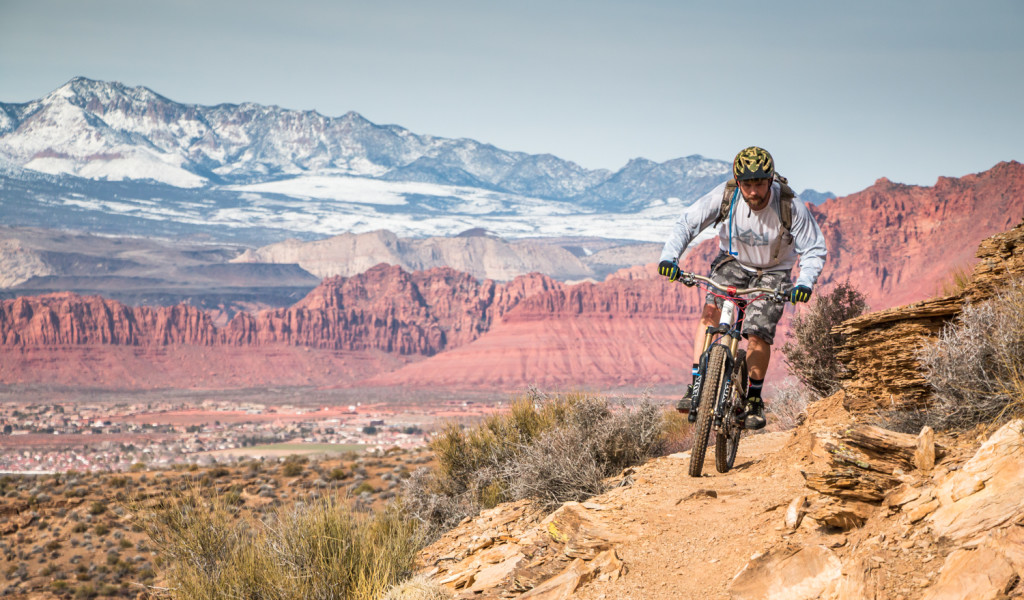 It doesn’t get more burly than the Hangover Trail- it’s easily the most sketchy, exposed trail I’ve ever ridden.  One of our good friends lives in Flagstaff, so he rides the Sedona trails all the time… plus he’s just plain nuts.  This is an alternate line off of Hangover called “Chewy”, and it’s the craziest thing I’ve seen anyone ride.  Don’t try this at home, kids. 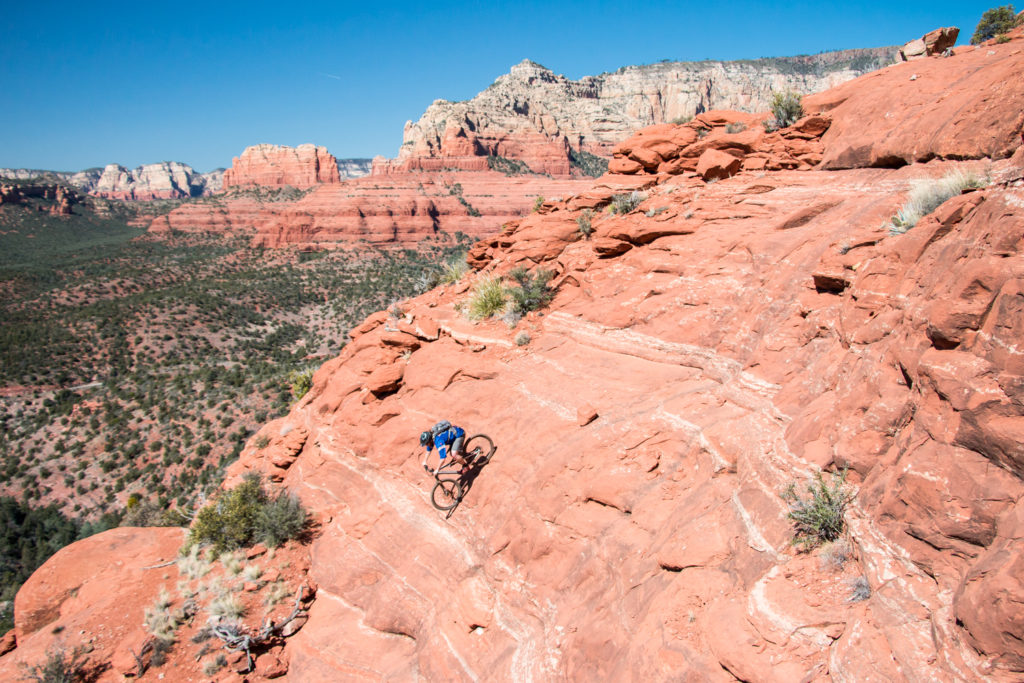 A trip to Moab isn’t complete without a day spent on the Amasa Back trail network… the combination of Amasa, Hymasa, Captain Ahab, and Pothole Arch make up one of our favorite rides anywhere in the world.  You’ll get butt-puckering drops, hair-raising exposure, and the most fun technical riding you’ve ever laid two wheels on. 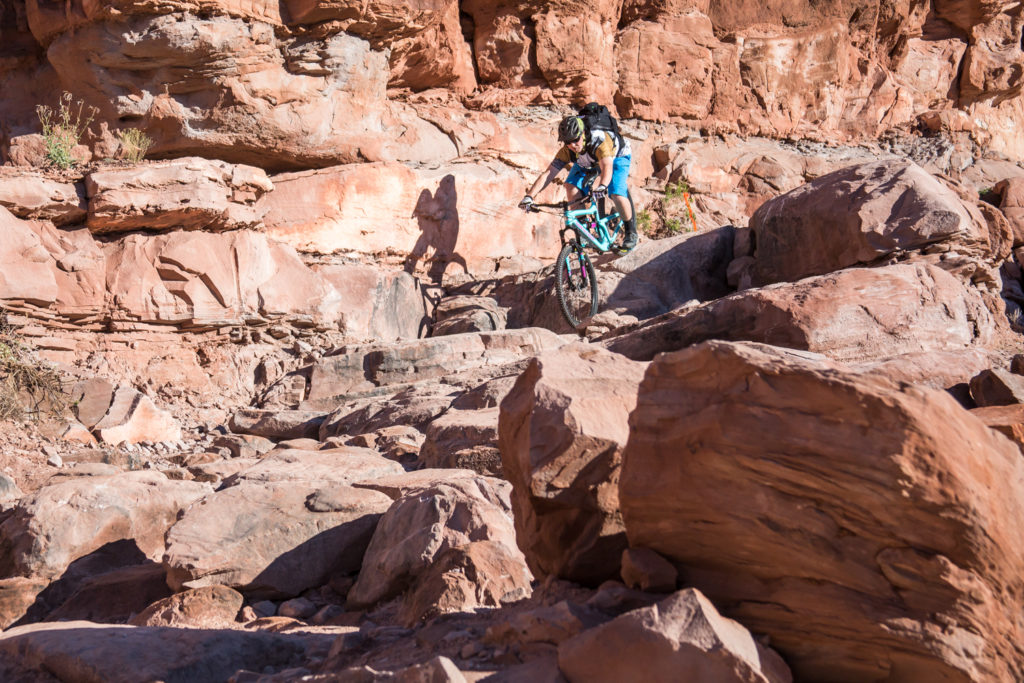 Back to St. George in April… that’s going to be a common theme for Chasing Epic well into the future.  With absolutely perfect weather and rideable trails all spring, we’ll always head down south in late April.  We hosted a private group of rippers from the Deep South (Atlanta) for four days, and they had a blast hitting everything the area had to offer.  This shot shows a very exposed rock bridge with a backdrop of Zion National Park, on the north rim of Little Creek Mesa. 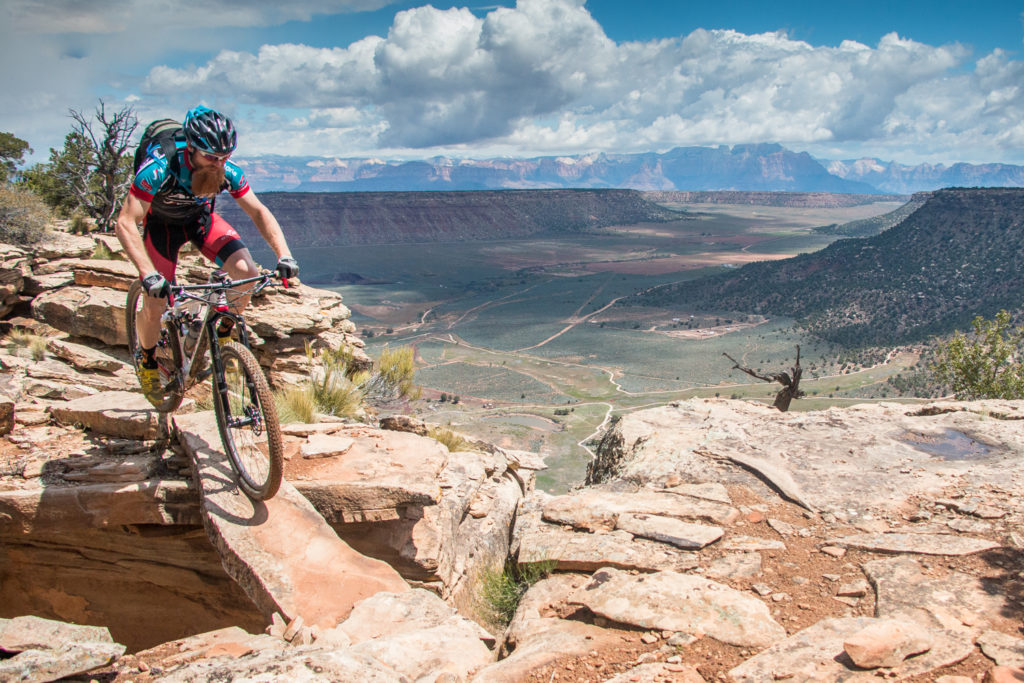 You’ve probably heard me say it before, but Grand Junction is very underrated when it comes to mountain bike towns.  The Lunch Loops are mere minutes from downtown, but are some of the most fun technical trails you’ll ride.  They’re a perfect compliment to the flowy trails of 18 Road in Fruita, and make for a great “getaway day” ride on our 4-day adventures.  The Gunny Loop- seen here- is my personal favorite along with Holy Cross. 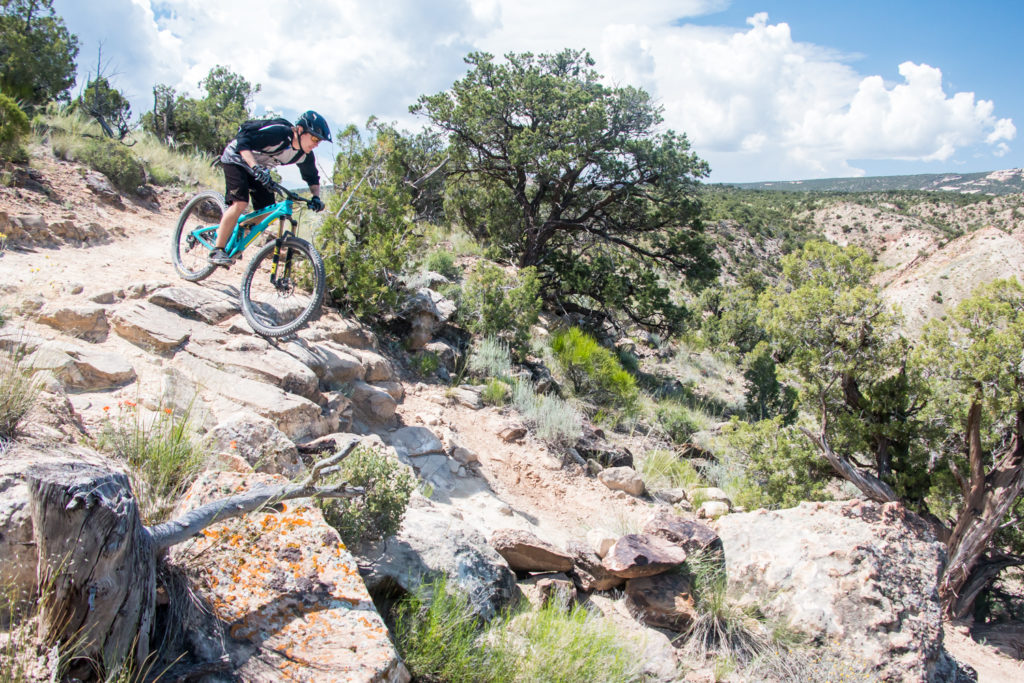 As a new destination for the second half of 2016, Angel Fire holds a special place in our lineup.  There’s no nightlife to speak of, and no one really knows where it is.  That said- it’s an amazing spot for a long weekend of having fun on your bike: a killer bike park combined with amazing high-alpine singletrack makes for a perfect combination.  The South Boundary Trail is one of our favorites anywhere, with 25 miles of point-to-point singletrack that will blow your mind.  There’s even a section called Heaven on Earth, which is well-deserved. 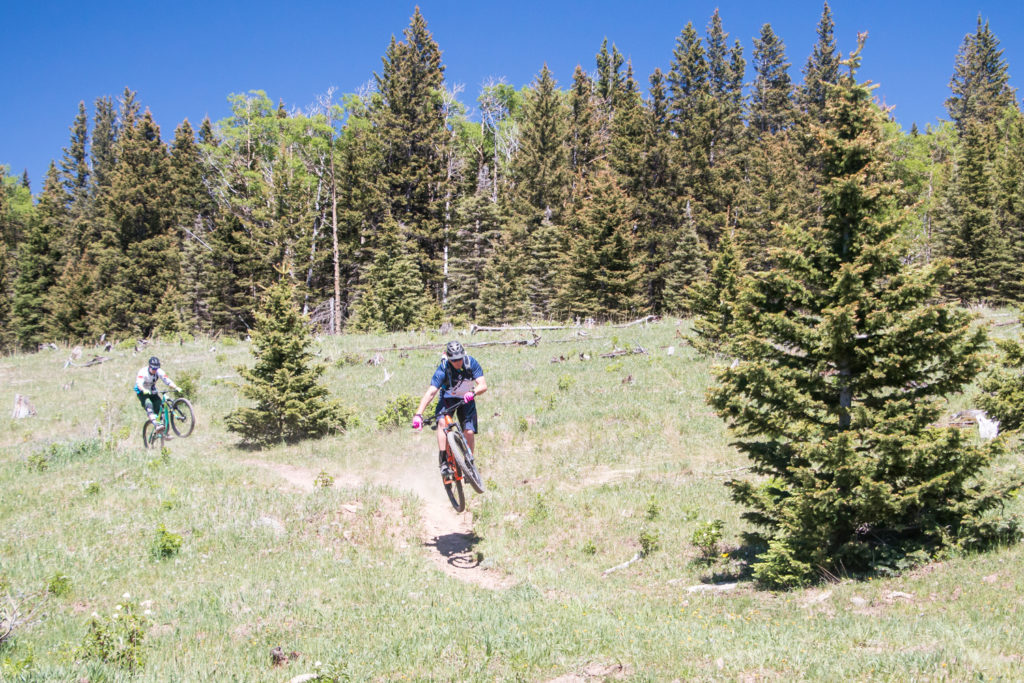 For July, it was tough to pick just one image… so we broke our self-imposed rules and went with two shots.  These were taken on back-to-back days; the first day was a wash-out in Crested Butte, and you can see why with the huge rain clouds in the background.  Because of that, we headed 30 minutes south and hit up Hartman Rocks in Gunnison.  The rain broke on the second day, and we managed to find some amazing singletrack on the Point Lookout and 409 trails, and were rewarded with incredible wildflowers. 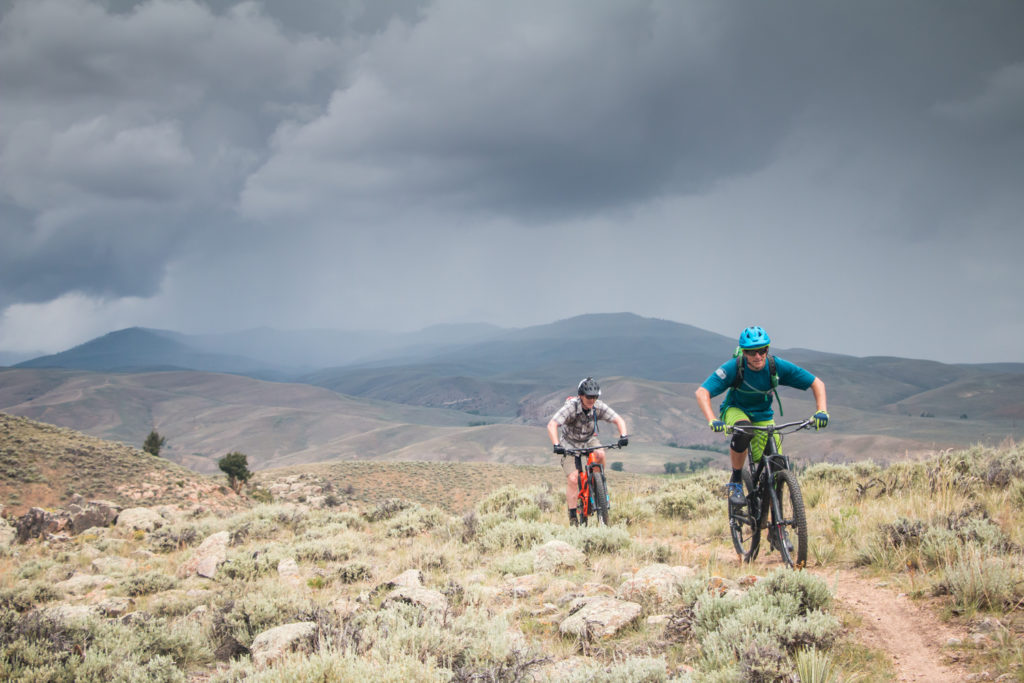 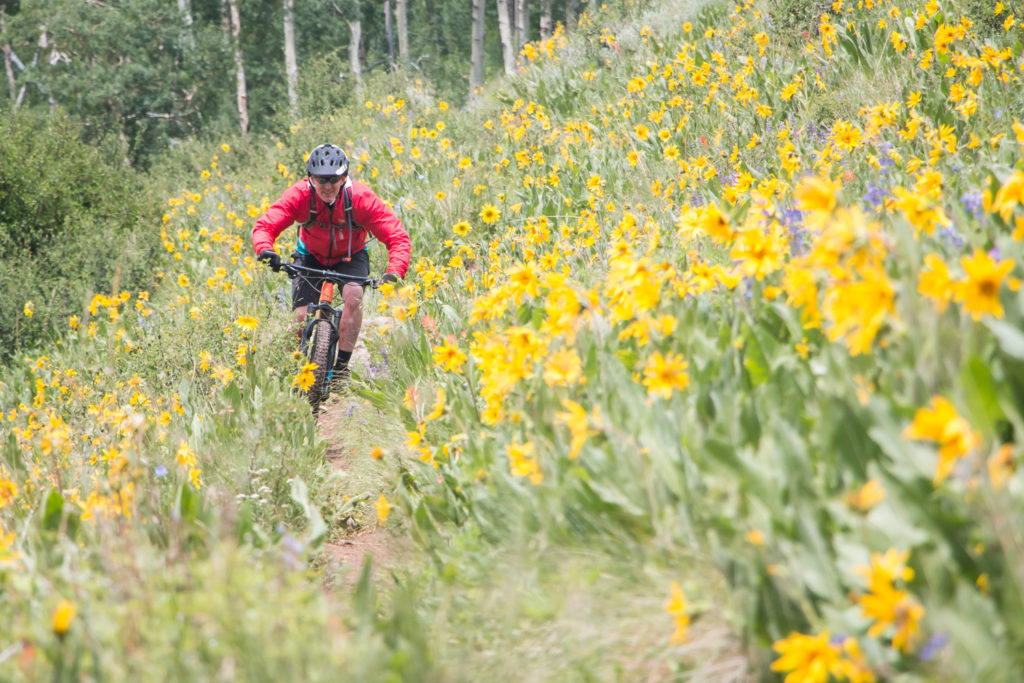 Park City is a pretty special place- there are hundreds of miles of singletrack, just about all rideable right from town.  When we do trips there, we park the Chasing Epic van and don’t move it for four days!  This shot was from the Mid-Mountain Trail, one of IMBA’s epic rides- the views and the singletrack were unbeatable! 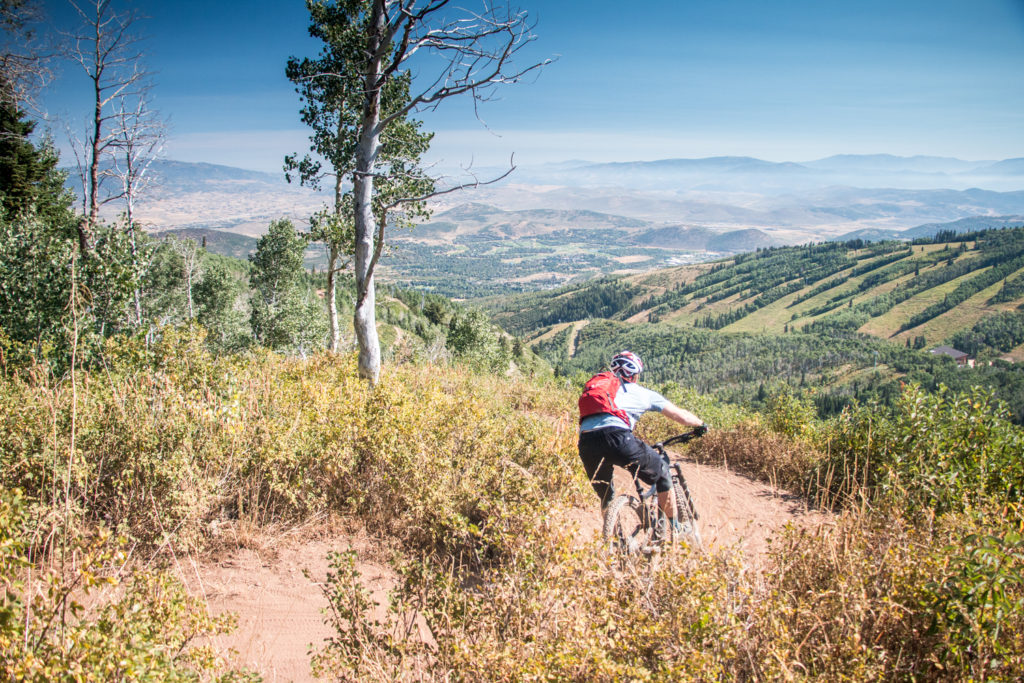 When September rolls around, Crested Butte is our favorite place to be.  Hands down, no contest.  The changing aspens make for a riding environment like no other.  Combine that with all-day epic riding, and some of the best trails in the world, and I’m sure you’ll agree with us. 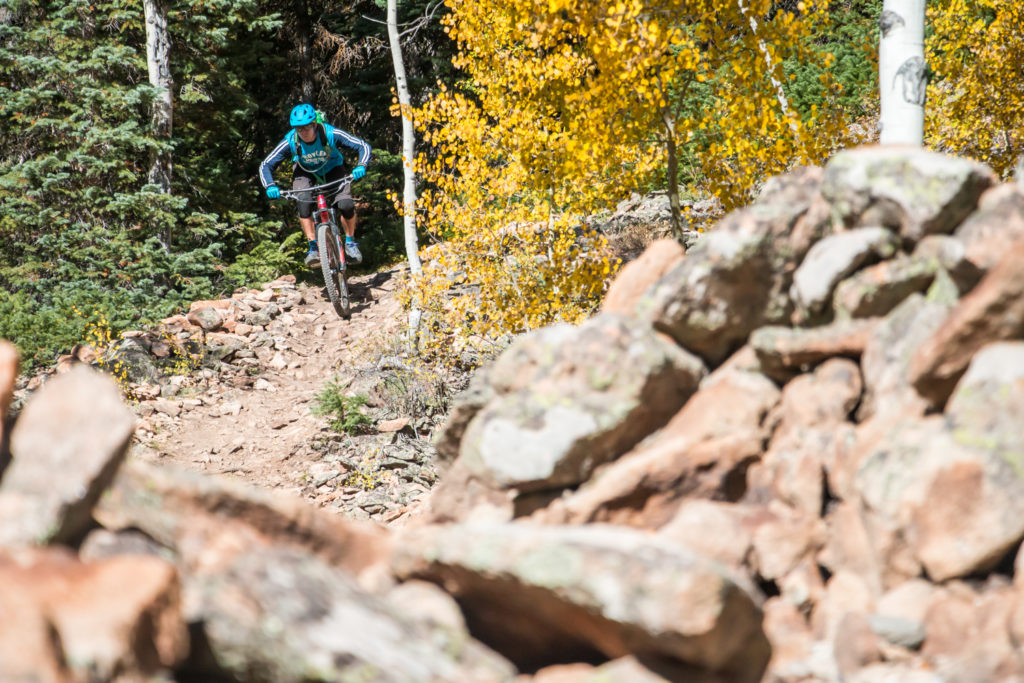 Too much snow at higher elevations means it’s back down to St. George, and we’re definitely not complaining.  The late fall riding in the high desert is magical, with temps in the 70’s and blue skies forever.  On our last day of this October’s trip, we rode Prospector and Church Rocks, where we had some fun with drops and interesting photo angles.  This one worked! 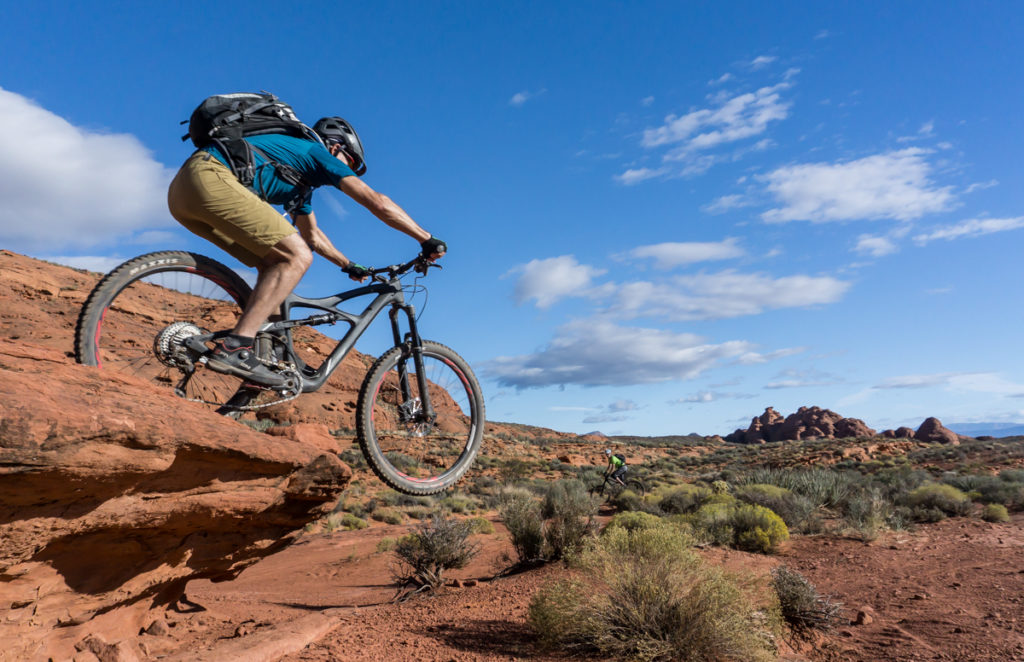 Sedona has a way of beating you up and making you beg for more.  On a regular basis, our clients comment on how difficult the short, punchy climbs are- but they want more of it the following day!  Our favorite loop includes HiLine, Baldwin, and Templeton- which means you better get ready for some technical riding.  This shot was taken at the beginning of the HiLine “drop in”, where the fun really starts. 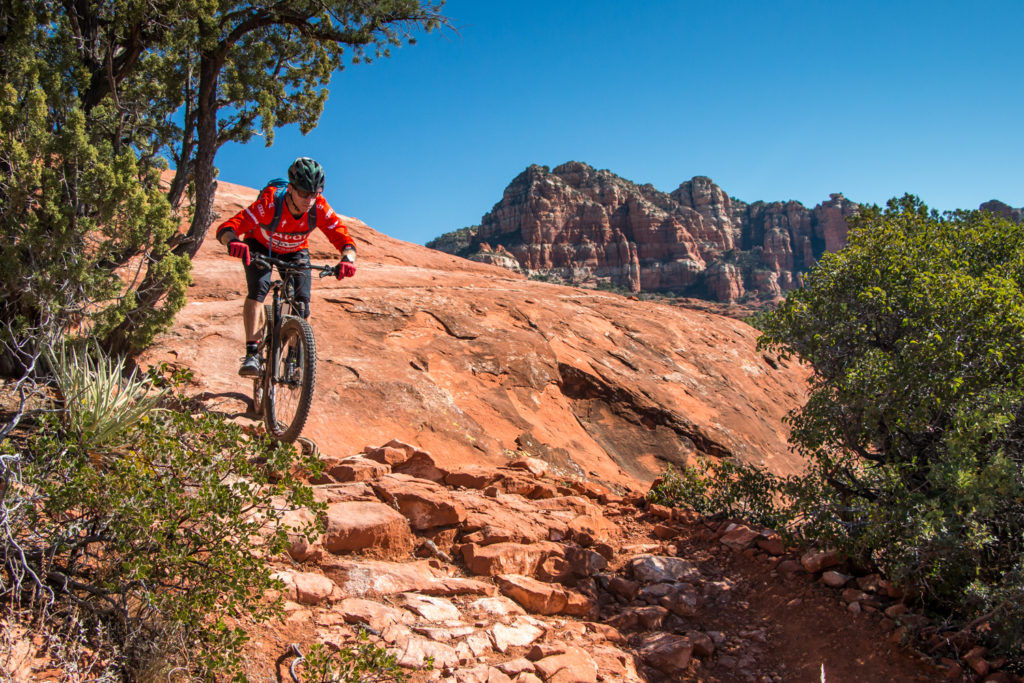