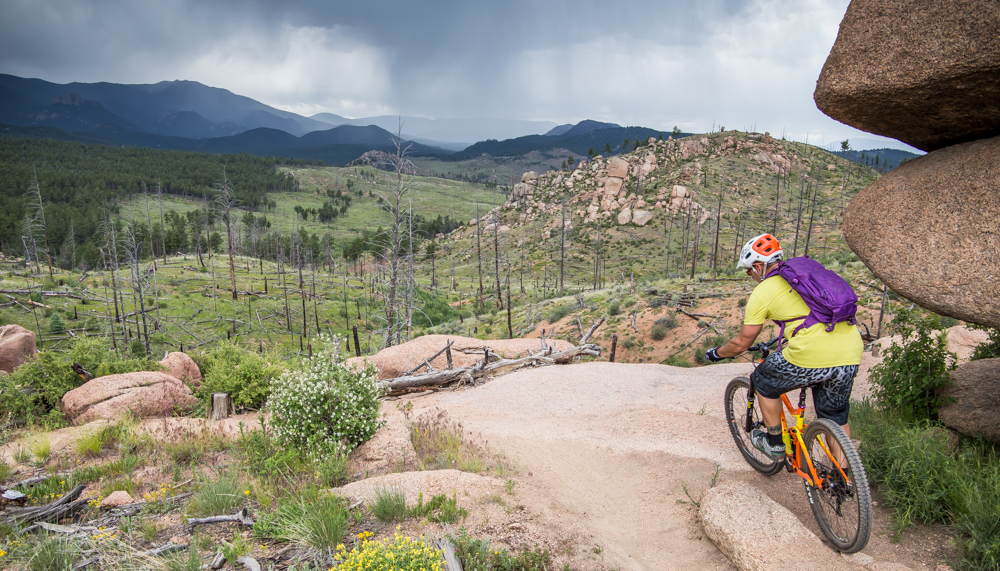 As you’ve likely noticed, Chasing Epic serves a variety of destinations across the western US.  From the desert riding of St. George to the high deserts of Sedona and Fruita, all the way up to above-treeline singletrack in Telluride and Crested Butte.  One of the main reasons we did this was to cover most of the riding season from February through November (and even into December, if we get good weather), and to enable ourselves to take our customers to different locations throughout the year.

Time your trip right with Chasing Epic, and you’ll be ripping trails in the best possible conditions, in the best weather, with the best group of riders you can imagine.  It’s our recipe for success.  But at the same time, if you’re not familiar with these locations, they can be tough to figure out.  Temperatures get unbearable, snow doesn’t melt quickly, and trails dry out… all things we’ve experienced and want to pass on to our customers.

Because of this, we put together a handy little chart for customers to access when thinking about a private trip.  We have set departures between April and late October, but we can run private trips year-round if the weather cooperates.  January and December can get a bit tricky, but it can be absolutely fantastic in places like Sedona and St. George that time of year.

Crested Butte:  CB (as we like to call it) sits at an elevation of 9,000 feet, with rides that reach up above 12,000 feet.  On good snow years, snow can still linger on the trails until early July.  However, average snow years allow the trails to open up in late June or even earlier.  We like to ride between July 4th and the end of September.

Durango:  The town of Durango is relatively low for a Colorado mountain town- 7,000 feet- which allows for close-in riding as early as June.  However, most of the epic riding is higher in elevation, which means to be safe we like to do trips from July through September.  With the right weather conditions we can push it out a couple of weeks on either end, if necessary.

Fruita:  Most years, Fruita is rideable year-round.  That doesn’t necessarily mean you SHOULD ride it year round!  Ideal riding is between mid-March and Memorial Day Weekend, and then again from mid-September until Thanksgiving.  On dry and warm years, February and December can provide some killer riding as well.

Park City:  Like our other mountain destinations, most of the riding in Park City isn’t safely available until late June or early July.  Some of the lower elevation riding can be great around Memorial Day weekend, but for enough variety for a 4-day trip, it’s best to wait until peak season.  The riding is incredible until the first big snowfall, which usually happens in late September or early October.

Sedona:  Sedona is a funny place; it sits at 4,000 feet but is in the high desert, so there are conflicting weather phenomenons.  Typically, Sedona is perfect as early as late February, and can be great until Memorial Day weekend before it gets unbearably hot.  75 in Sedona can feel like 90+!  Then in the fall, you can count on it cooling down in mid-September and you’ll be able to ride well into December when it’s still in the high 50’s or low 60’s.  Snow melts fast here too.

St. George:  The town of St. George and the nearby surrounding trails are mostly rideable throughout the year.  When it does snow, it melts fast and the trails like Barrel Roll and Zen hold water well. However, for our trips, we like to head up to the mesas (like Gooseberry and Little Creek) and they sit at 5,000 feet- which means they’re more susceptible to snow early in the year.  We play it safe and typically schedule St. George trips from March through May, and again from mid-September through early December.

Telluride: Along with Crested Butte, Telluride is our toughest destination to schedule.  It sits in a box canyon at 9,000 feet with trails that climb up to 13,000, so snow and low temperatures are the biggest concern.  To be safe, we don’t like to ride in Telluride before July; but you can ride into late September safely- and it’s possibly the most beautiful place in the US that time of year.