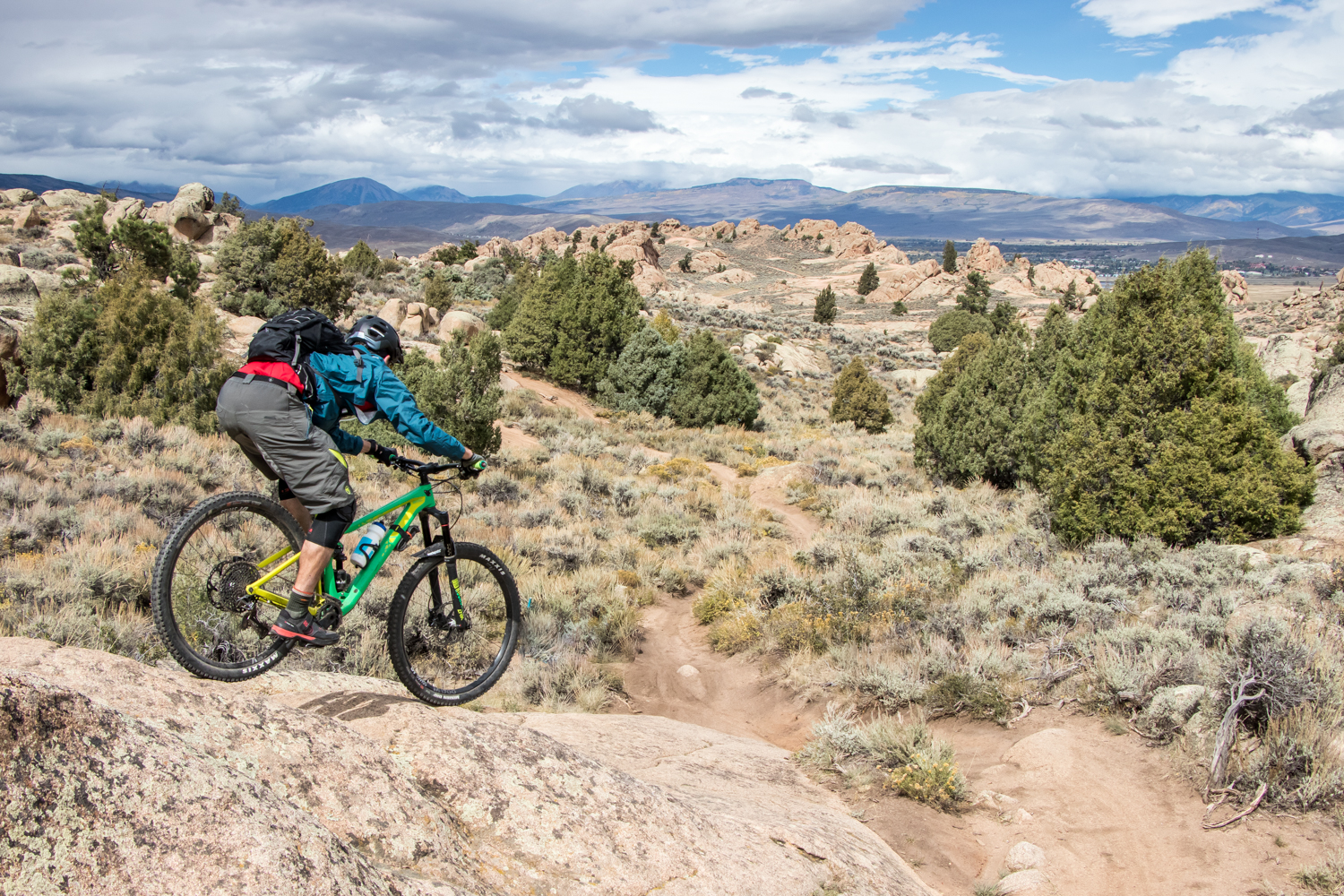 In late 2016, I was sitting around watching Brain Kennedy’s YouTube videos (BKXC) of his guided trip to Spain and it got me thinking: how cool it would be to do an all-inclusive mountain biking trip like that?  At that point in time, I had never ridden outside of my local trails of Austin, TX. It was a couple of weeks after I watched those Spain videos that Brian announced he was doing a group ride with Chasing Epic in St. George, Utah in April of 2017.

I immediately checked out the website and started reading about it. The riding looked awesome and I signed up right away- I didn’t give a second thought to what it would take to actually ride those trails… I just wanted to get out there already! I had such an amazing time in St. George that I also did the Crested Butte trip with Chasing Epic in September. Both trips were completely different types of riding but equally as fun; in the hopes of helping out my fellow riders, here are four things I learned during these trips: 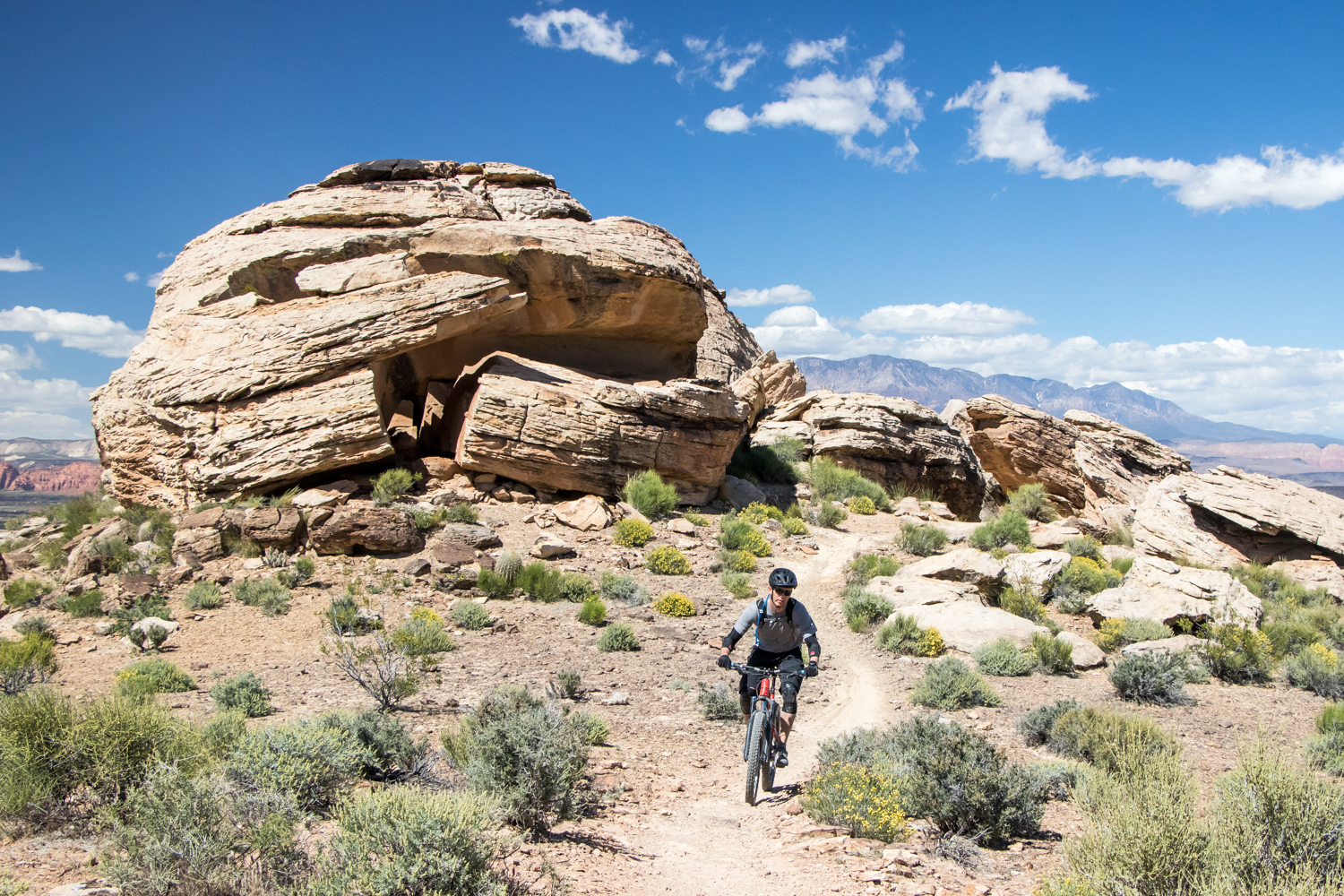 The Rides are Truly Epic

Prior to the trips I had no concept of what an “Epic“ ride would entail. In my mind, I imagined it being a challenging ride that I’d never want to end. Though I certainly was not disappointed, the experience ended up being much more than that. Everyone throws around the term “epic”, but I think everyone has different ideas floating around in their head.

Riding world-class trails like Gooseberry Mesa and Teocalli Ridge while being surrounded by breathtaking views really set my standards going forward. It truly feels like you’re doing something amazing- long rides with a group of new friends is kind of indescribable… there’s something pretty cool about suffering up climbs and then ripping never-ending downhills that brings guys together pretty quickly. 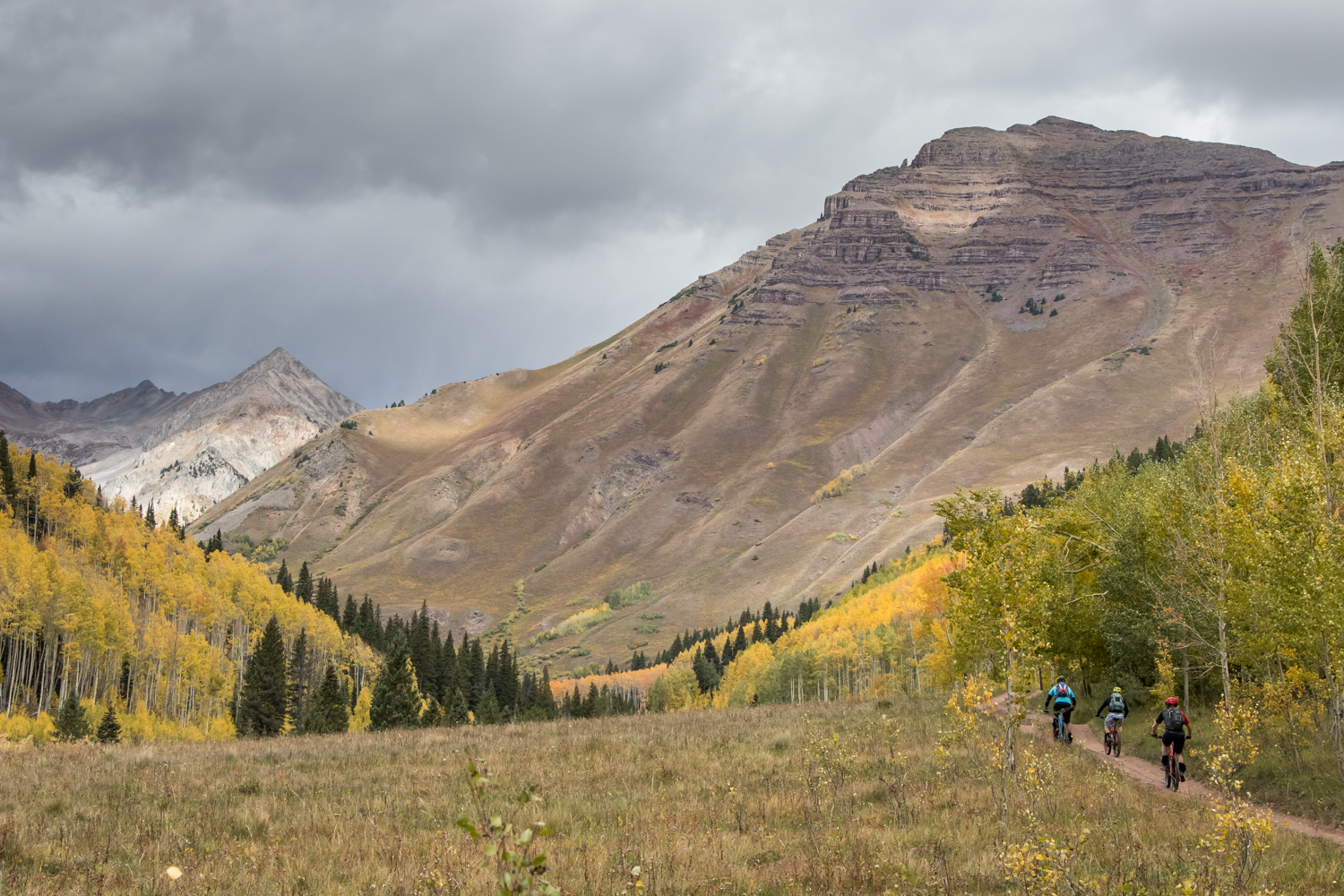 The Climbs Will Punish You

Let me start off with the fact that I was not properly prepared for the climbs in Crested Butte. Prior to the trip, I was riding 4 to 5 times a week on long rides (to us) without breaks. I also did boot camp sessions with a group as well as weight training. The one thing I wasn’t prepared for was the high altitude: we don’t have that in Austin, and it really kicks things up a notch.

I arrived in Colorado a few days early to acclimate to the high elevation. My lungs actually felt really good but once we start grinding on the climbs, the strength in my legs disappeared. I had to spin in the lowest gear and it felt as if I were hardly moving. I was in the back of the pack and it was brutal- but everyone was “suffering” together, which helped my motivation and kept me going.

As difficult as it was, it was still amazing. The scenery was so beautiful and the weather was perfect; it was nearly serene. There was no way I was going to give up and I don’t think that thought ever crossed my mind. I remember thinking “now this is real mountain biking”.  I focused on pacing myself so I would have something left for the downhills- luckily my recovery time was good and I forgot all about my climbing woes once we started descending.  The only thing hurting on the downhills was my face from smiling so much.

I think the best part of those big rides was being pushed by the other riders in my group- everyone wanted to ride further and longer, and I wanted to go with them.  I was pushed past what I thought was possible, and I’m grateful for it.  When I think about those rides, the pain and suffering have disappeared; it’s the camaraderie and amazingly long descents I remember! 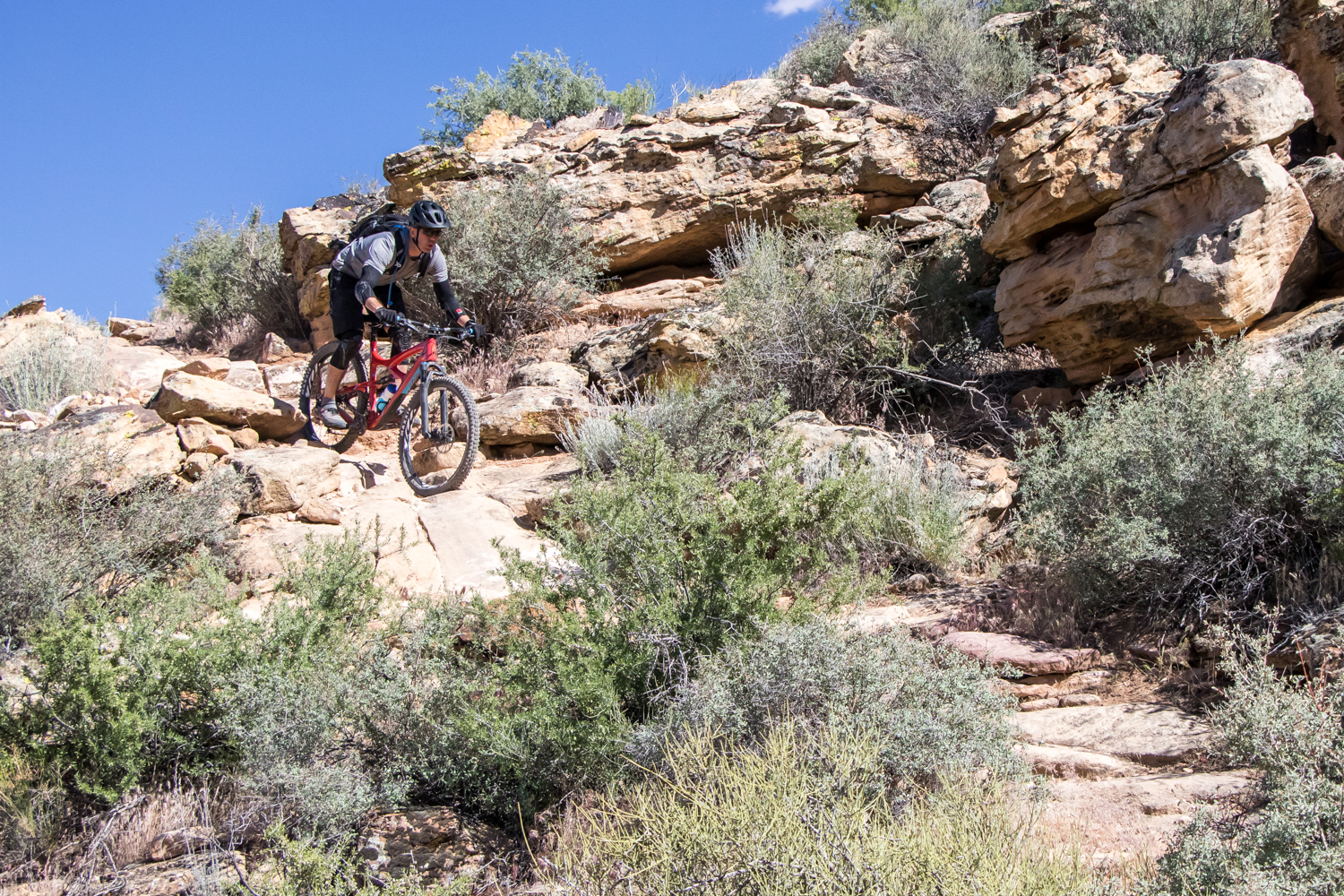 The Techincal Riding Will Push You to Your Limits

When I signed up for St. George, I was feeling confident that I could handle an “Intermediate-Plus” technical ride. Technical rides are my favorite kind of mountain biking. That doesn’t mean that technical bits were easy: I botched a manual over a crack going down a steep section of slick rock and ate shit. Granted I deliberately took a harder-than-necessary line but regardless there are plenty of places to get tripped up on if you’re not careful. Plus the technical sections are much tougher after you’ve already climbed your ass off. 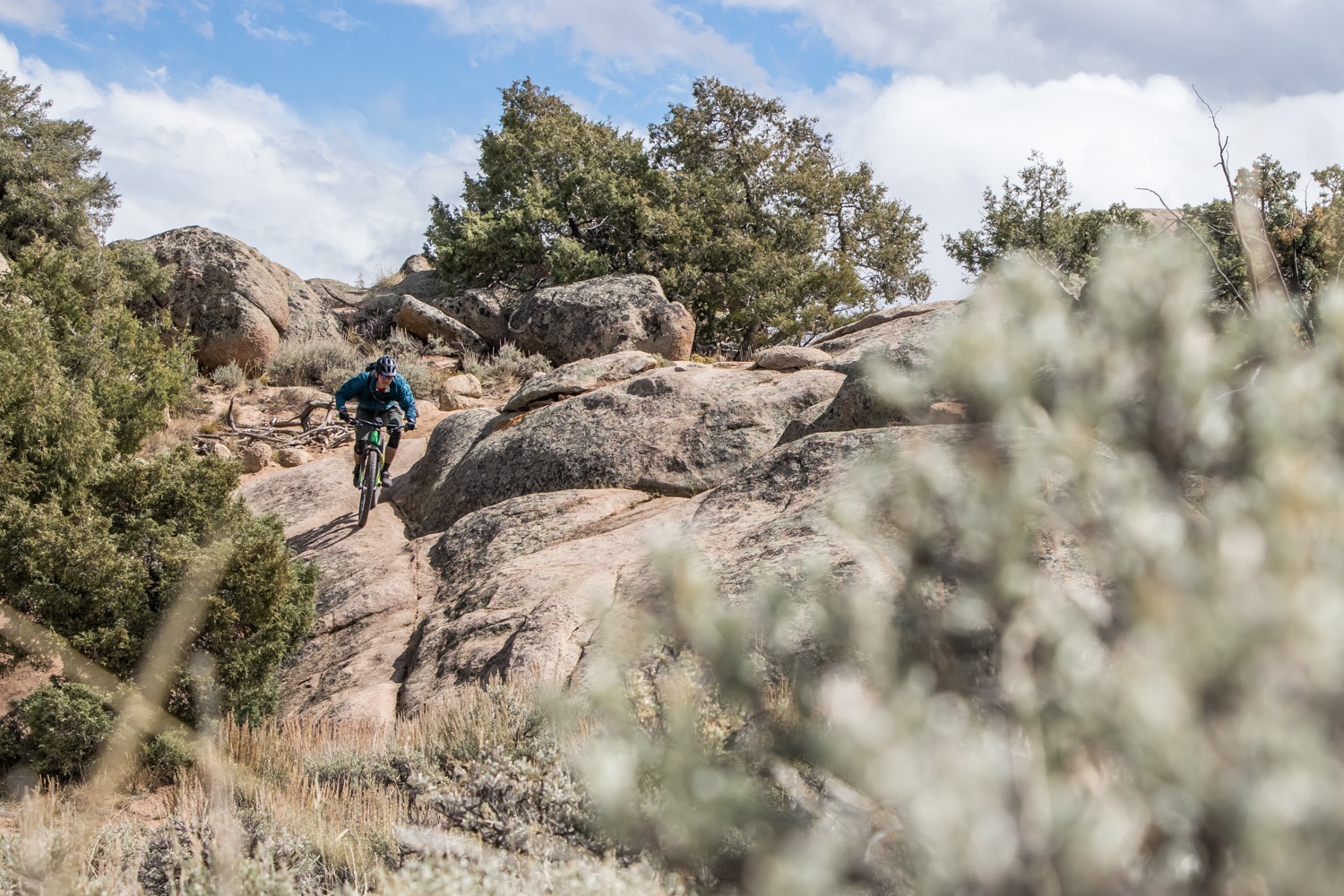 Chasing Epic trips are not for beginners. You should be comfortable with rocky, punchy climbs and doing axle-height step ups. You should also be comfortable with keeping momentum on fairly steep and rocky descents.  All the big drops on the trips are optional but there will be some sections where you will have a 1’-2’ drops to navigate. I believe most of these are rollable, but I think it’s a really good idea (though probably not necessary) to learn to land on both wheels together to avoid any OTB close calls.  I can speak from personal experience.

I’m planning on doing a Moab trip with Chasing Epic to further push my limits. It’s listed as “Advanced” from a technical standpoint- Steve says I can do it but I have to admit I feel a little intimidated. 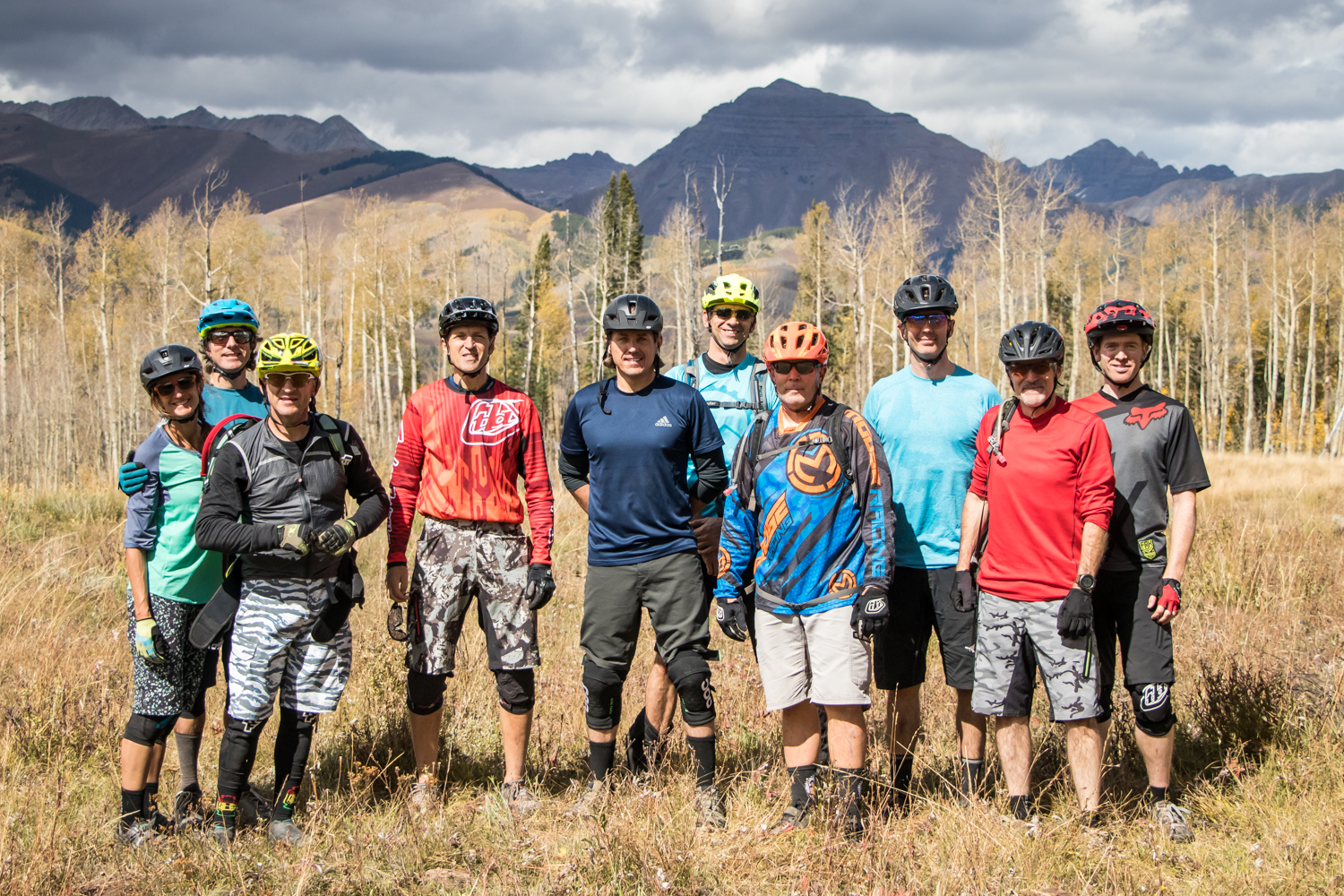 A great aspect of the trip was making new friends from all over the country. I really enjoyed the food and beer, the times where we all were telling stories from back home, talking shit and laughing about the day’s ride. I never really thought about it, but when you ride for four days straight with a bunch of mountain bikers, you’re bound to come away with some new friends.  I still talk with quite a few of those guys regularly even though the trips were months ago.

Those new friends include the Chasing Epic trip leaders and the guides: you probably can’t find a happier group of people. Everyone is there to ride bikes and have a kick ass time… what more could you ask for, really?

About the Author: Ray lives in Round Rock, TX (outside of Austin) with his wife and daughter. He makes a living by running a software consulting business. He loves being active outdoors and a good challenge, and is a two-time Chasing Epic customer having attended both Crested Butte and St. George trips in 2017.