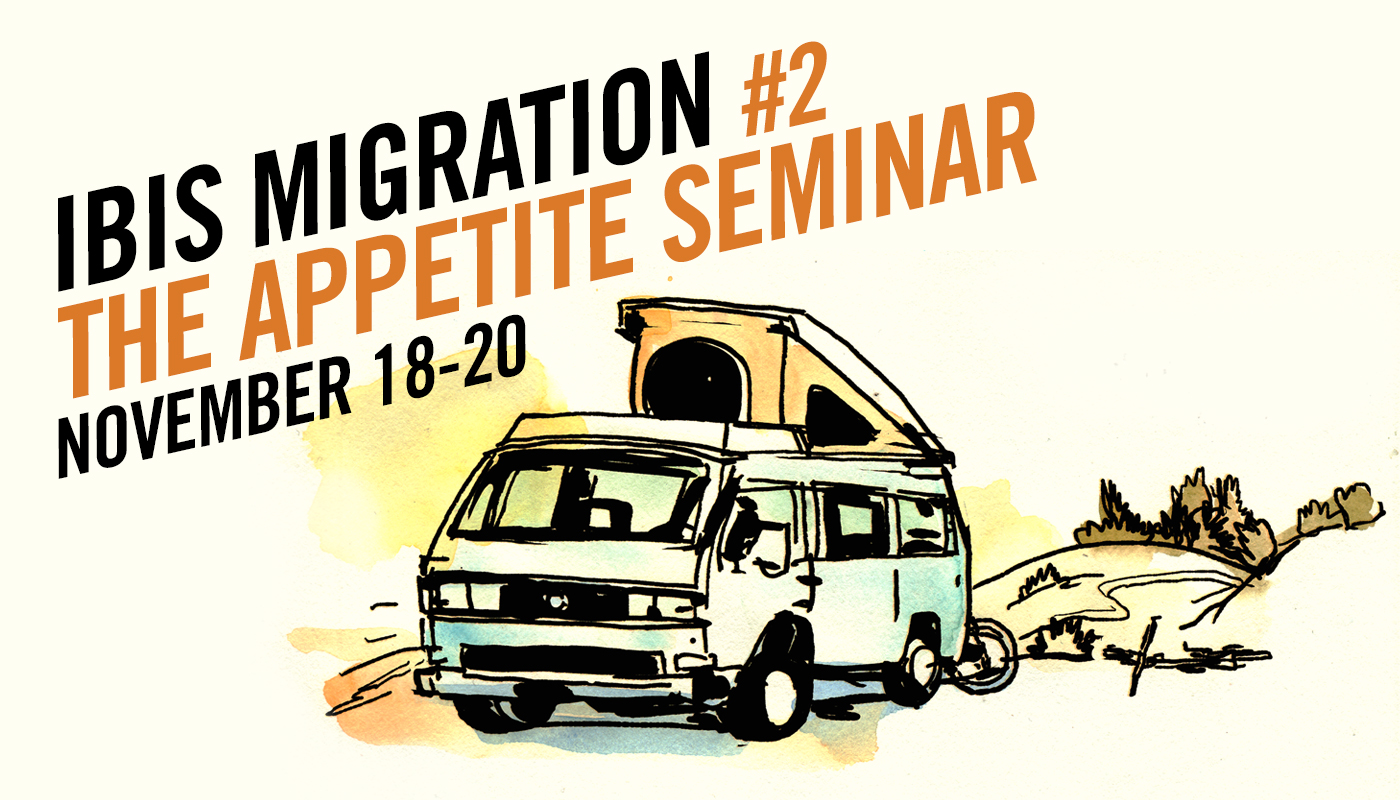 What do you get when you combine 25 rabid Ibisians, an available demo fleet of 30+ Ibis mountain bikes, perfect weather, an amazing setup, lots of food, a decent amount of beer, and some of the best riding in the Southwest?  Easy- you get Ibis Migration #2, The Appetite Seminar.  Chasing Epic had the honor of hosting and running the second event in a series that’s sure to run from here to eternity, and what a weekend it was!

Held in St. George, UT, the Migration was a gathering of all things Ibis- fans, customers, bikes, enough swag to make a marketing guy sick, and of course the one and only Scot Nicol, Ibis’ original founder and owner.  The weekend kicked off with an amazing ride on Gooseberry Mesa and included non-stop fun and excitement that had everyone raving about one of the best weekends on two wheels.  Interested to know how it all went down?  Sweet, just follow along below.

The weekend started at lunch time on Friday, with everyone checking in and getting setup on their choice of Ibis bikes… the HD3, Mojo 3, Ripley LS or the OG Ripley.  Everyone has their preferences… but does it get much better than having the man who designed and built the bikes, Scot Nicol, dial in your ride for the day? 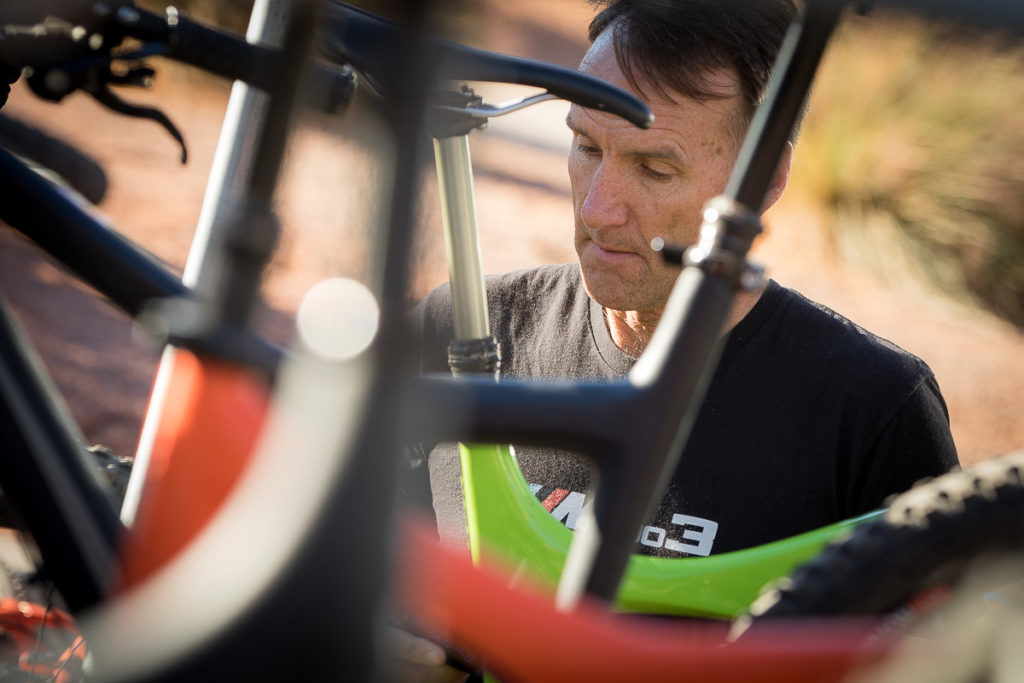 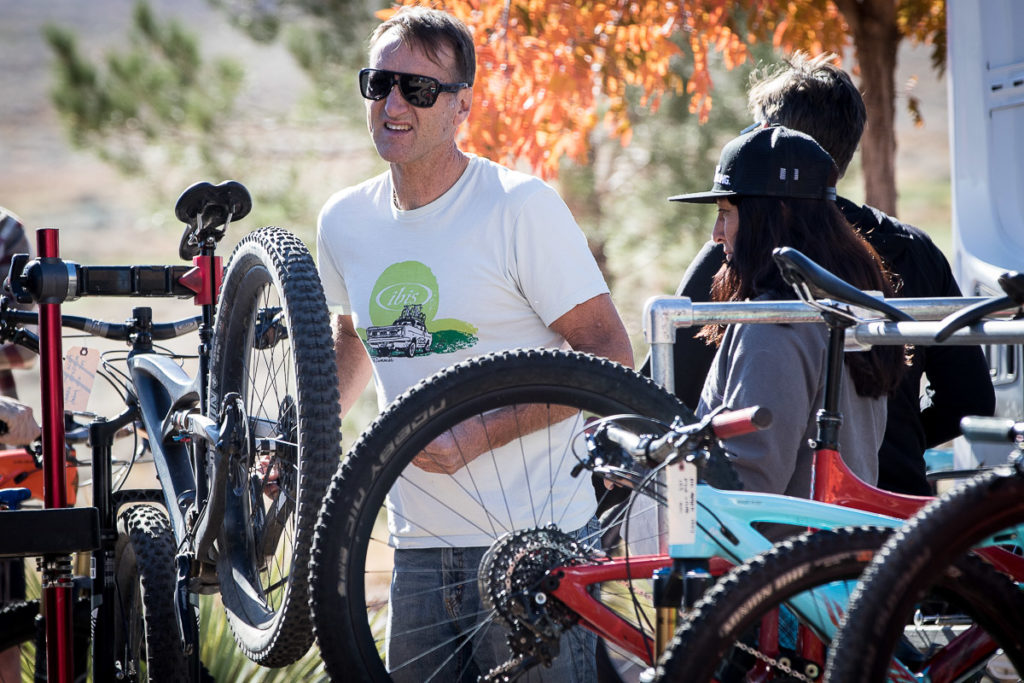 Once everyone had their bikes setup and fit, we loaded up the big ‘ol 12-passenger shuttle vans and headed out to Gooseberry Mesa, where the crew split up into groups and rode until sunset.  I can’t think of a better way to get acquainted with the high-desert mesa riding in St. George than to jump right into the slickrock playground of Gooseberry. 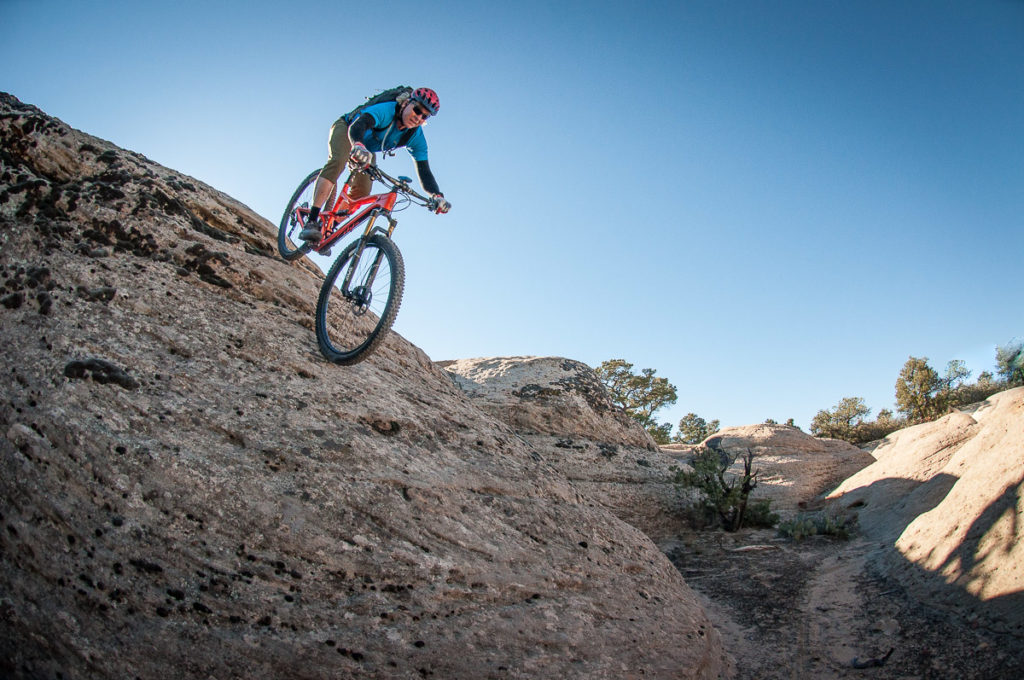 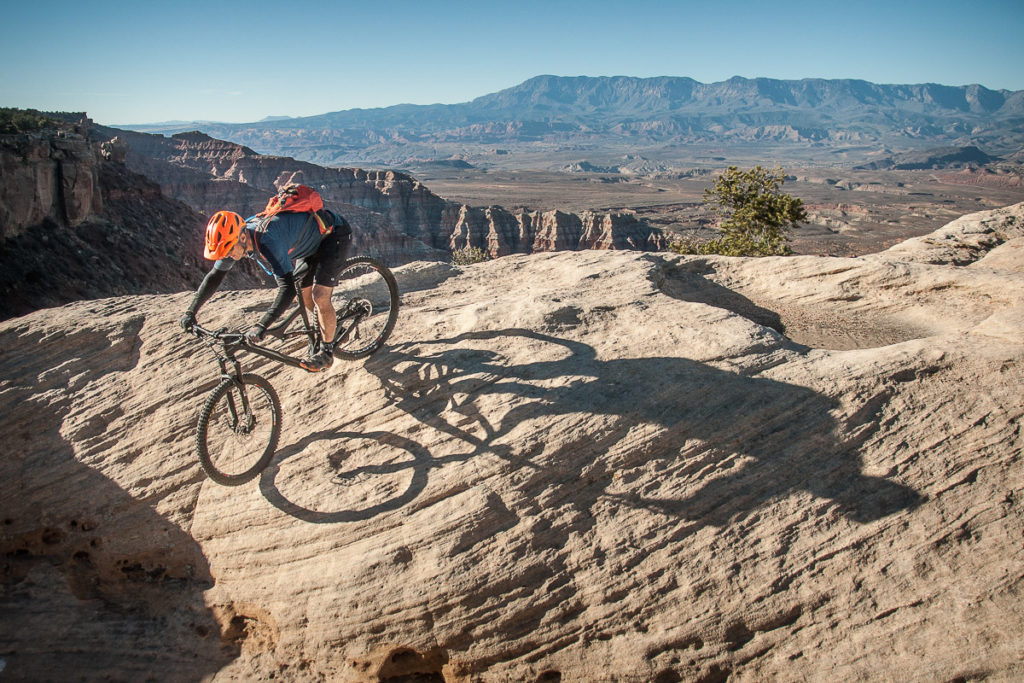 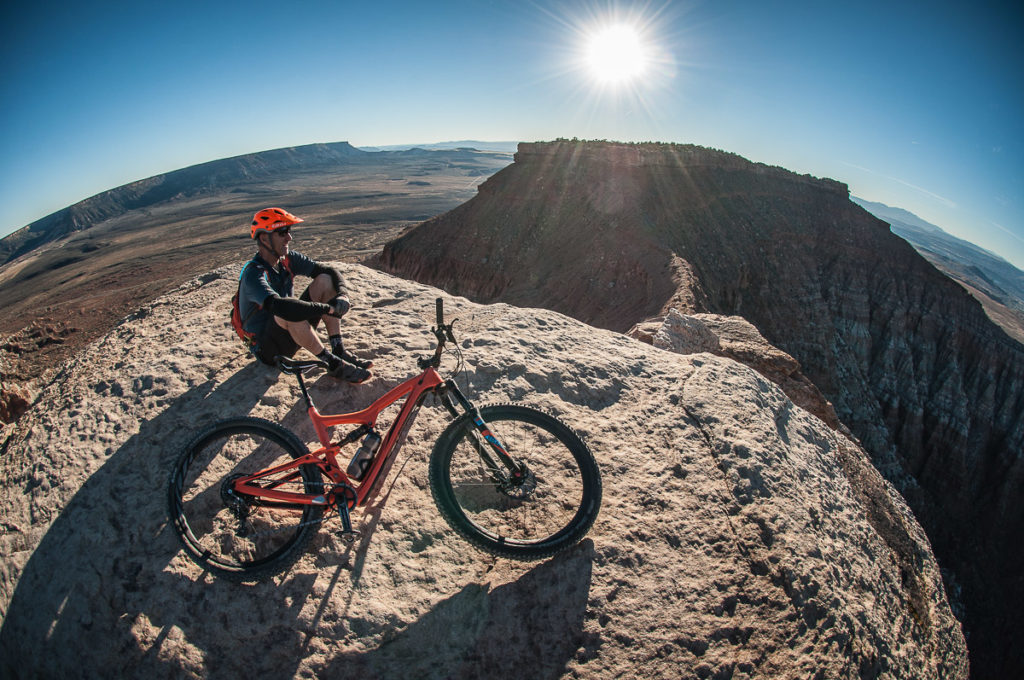 Once back at the condos (which were pretty awesome, we must admit!), we had a smorgasbord of food ready for everyone… and a few beers too.  Everyone got their fill of food and drinks, and we had the night to tell stories and go over the sketchy and exciting moments from the day’s ride.  The highlight of the evening was hearing from Scot himself on the history of Ibis: how he started the company, why they’ve done things the way they have, and the main tenets that carry the brand and the folks that work for Ibis.  Oh, and he managed to throw in some other stories we’ll leave for next time.

Day Two had the riders splitting up between two epic rides- either Little Creek Mesa or Hurricane Rim.  A lot of folks say that if Gooseberry Mesa is a roller coaster, then Little Creek is the entire amusement park… and we tend to agree.  We had three groups hit Little Creek for most of the day, exploring the nooks and crannies of slickrock that make the area so famous- and fun. 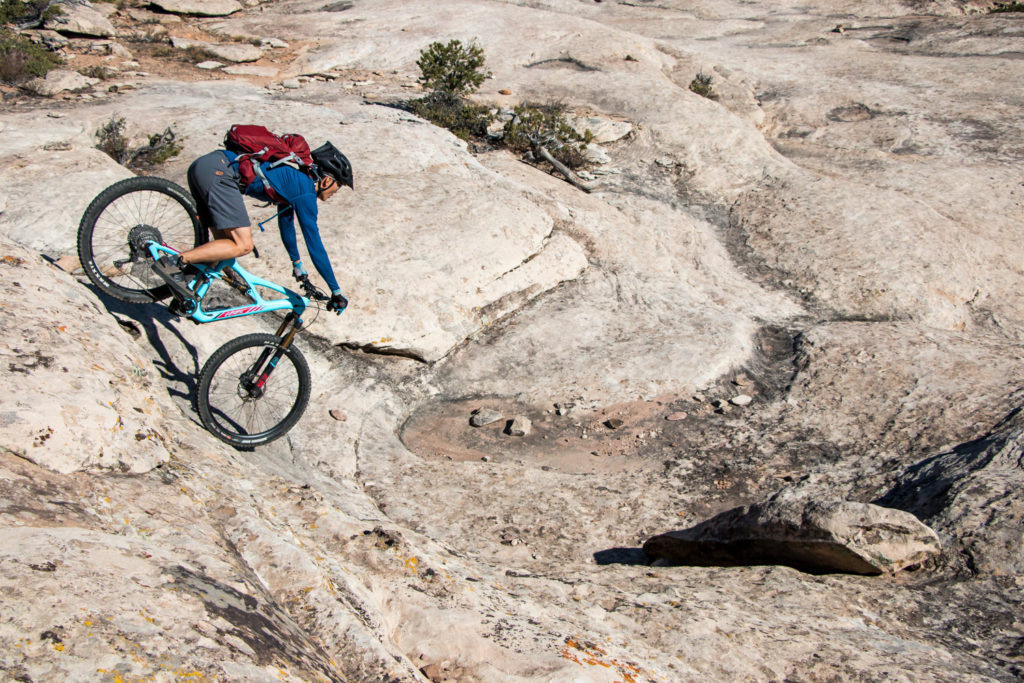 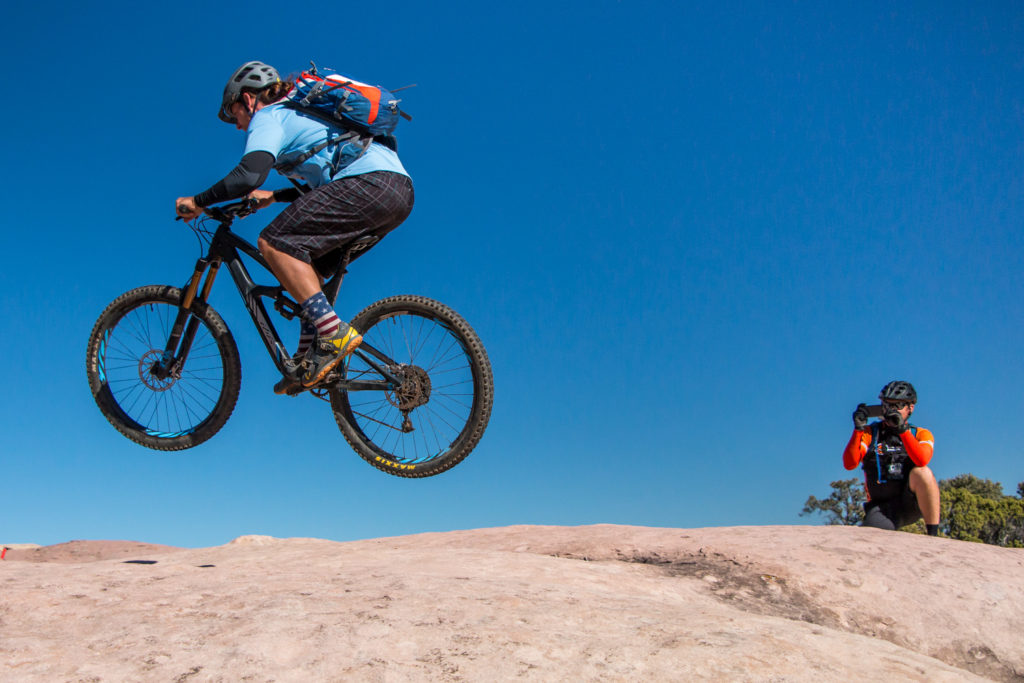 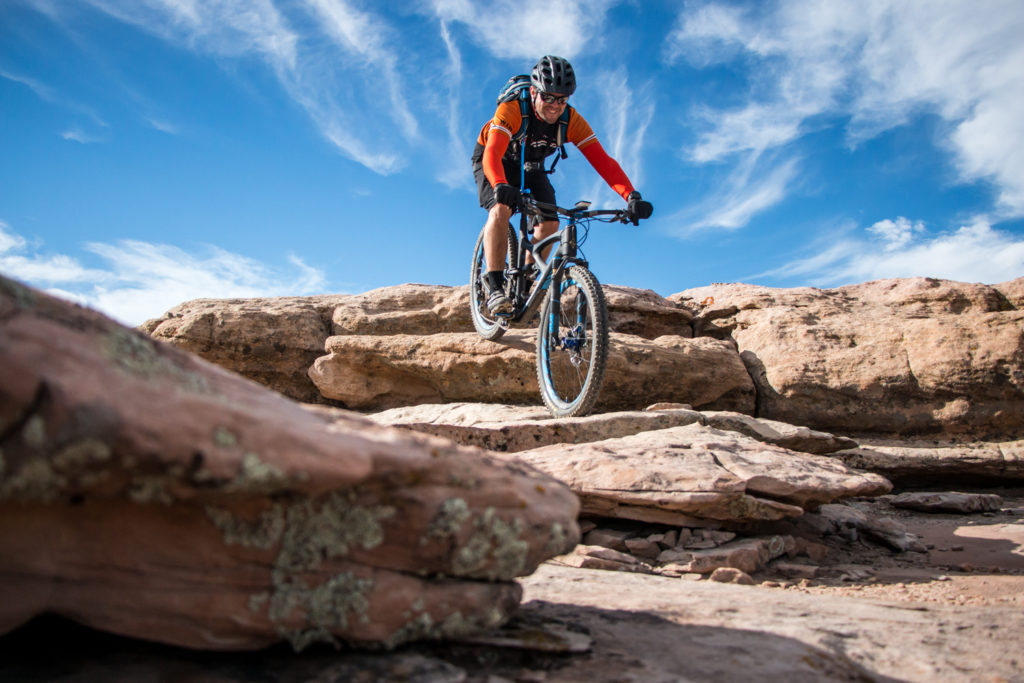 Over The Edge’s owner, Quentin, joined us on Saturday to show a group around Little Creek… talk about a guy who can rip!  He has a way of showing fellow riders the goods and helping you find your technical boundaries without pushing too much. 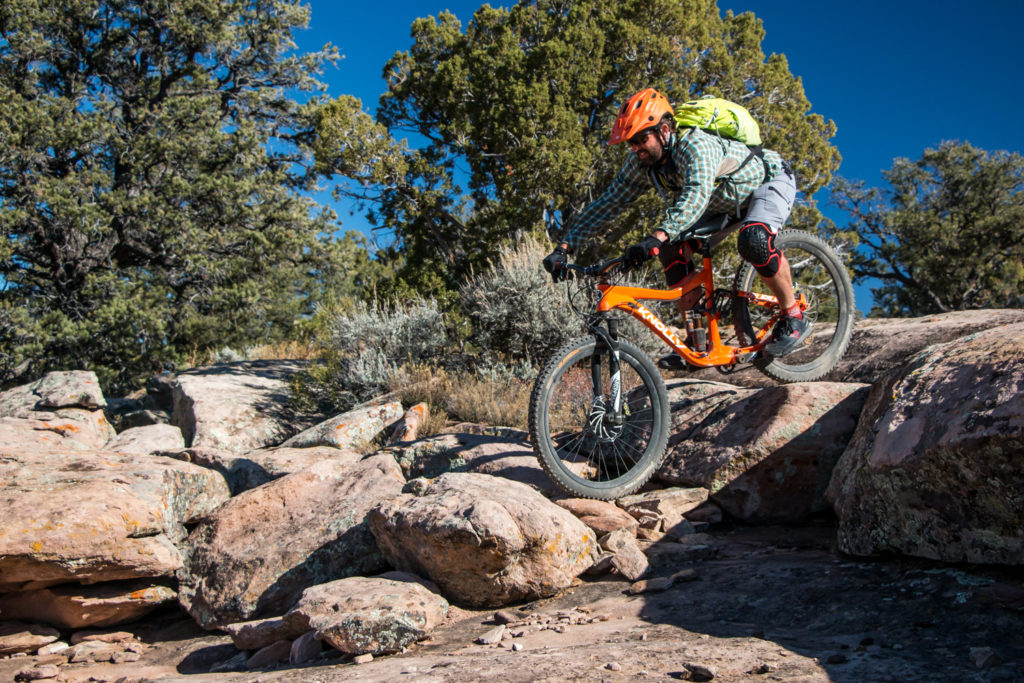 The rest of the crew (two groups of 6 riders) headed to Hurricane Rim, where they got more than their fill of XC-style Hurricane riding.  Most of the group managed to knock out 28 miles of beautiful mesa views overlooking Zion National Park.  Let’s just say the group was pretty tired after the second day. 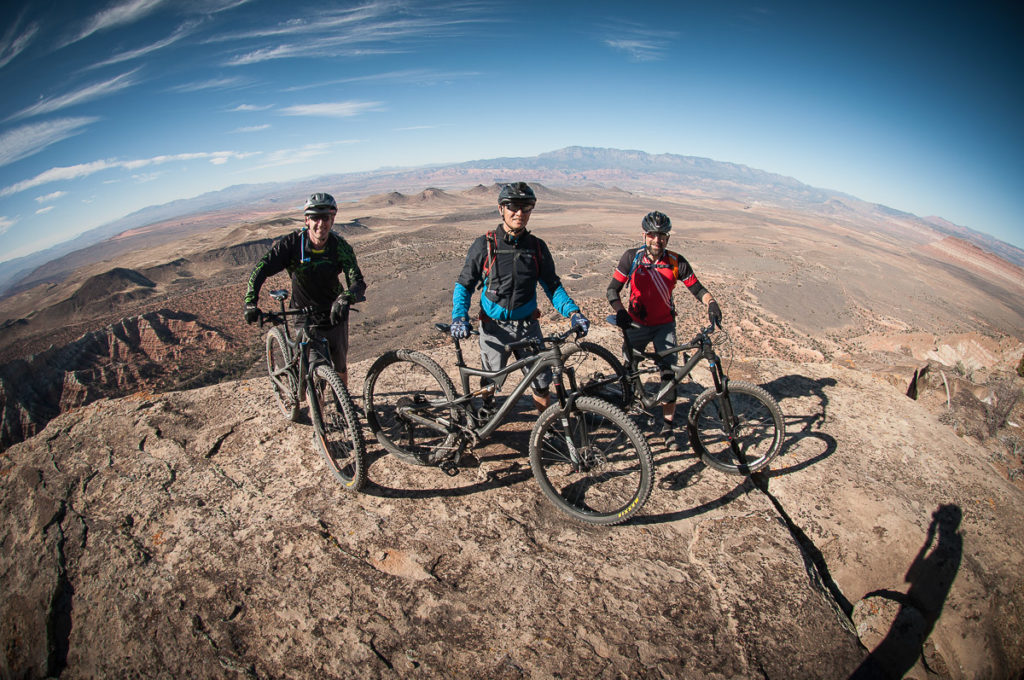 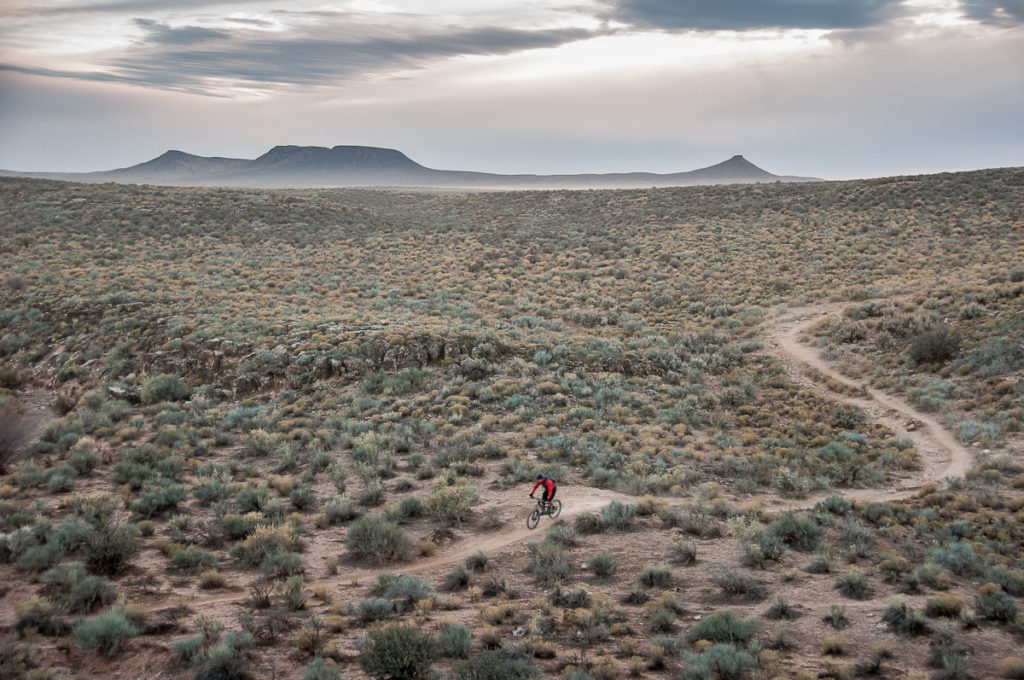 We managed to time the last few miles of the day with the sunset… and a happy group of riders! 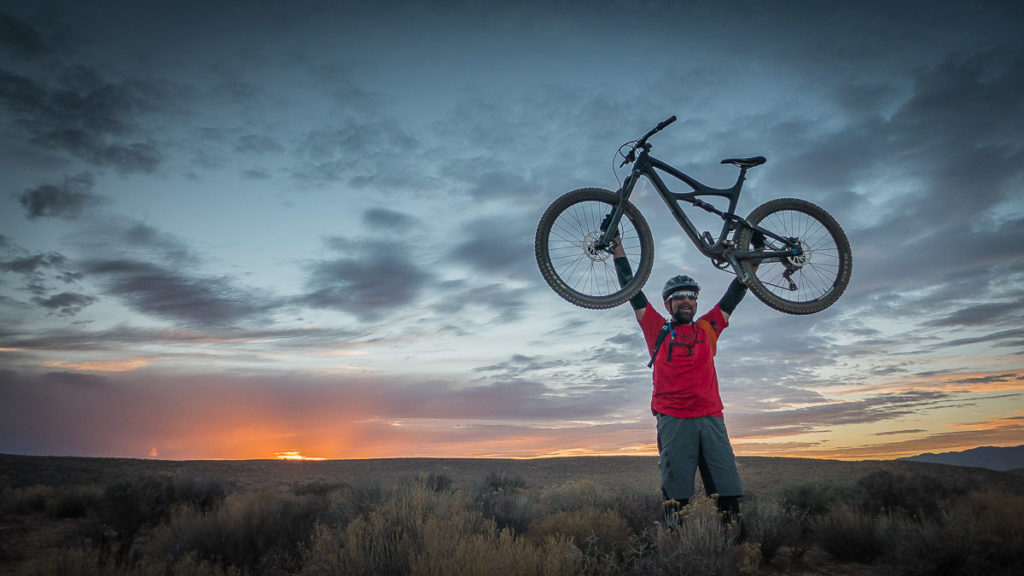 That evening once back at the condos, we had even more amazing food and drinks, and perhaps a special concoction from Scot himself… join us for a future Migration and you may get a taste of what he’s mixing.  Not surprisingly, after a LONG day of riding, most of the group hit the sack a little earlier on Saturday night… everyone had to be rested up for one last day of incredible southwest mountain biking! 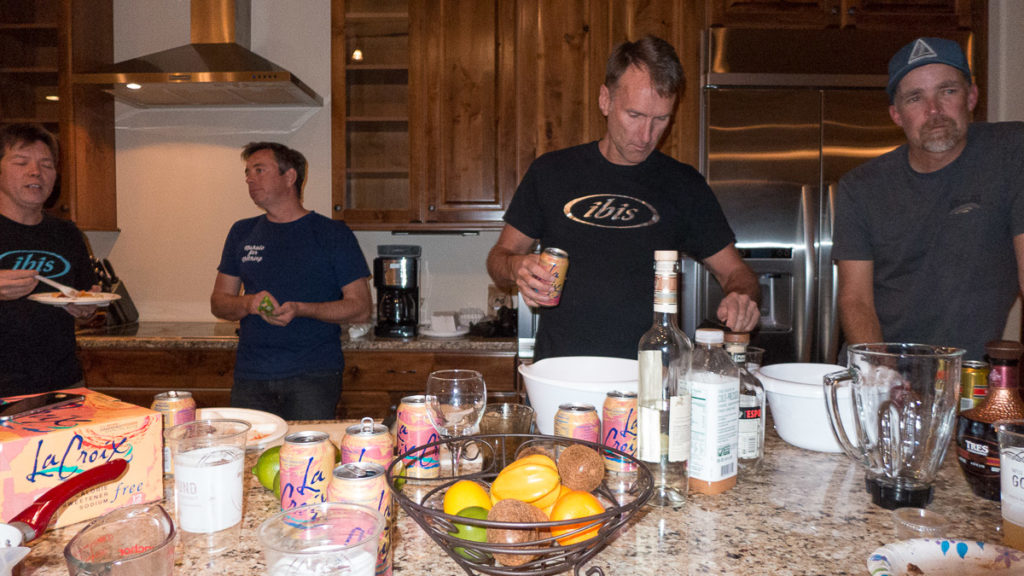 After another huge breakfast spread in the penthouse, Day Three’s agenda would have the riders over in Santa Clara, riding a couple of the anticline classics like Sidewinder and Barrel Roll.  These trails offer something entirely different than the mesa riding in Hurricane- more flow, more sustained descents (and climbs), and a few more technical sections that keep you on your toes.  Oh, and don’t forget- more amazing views. 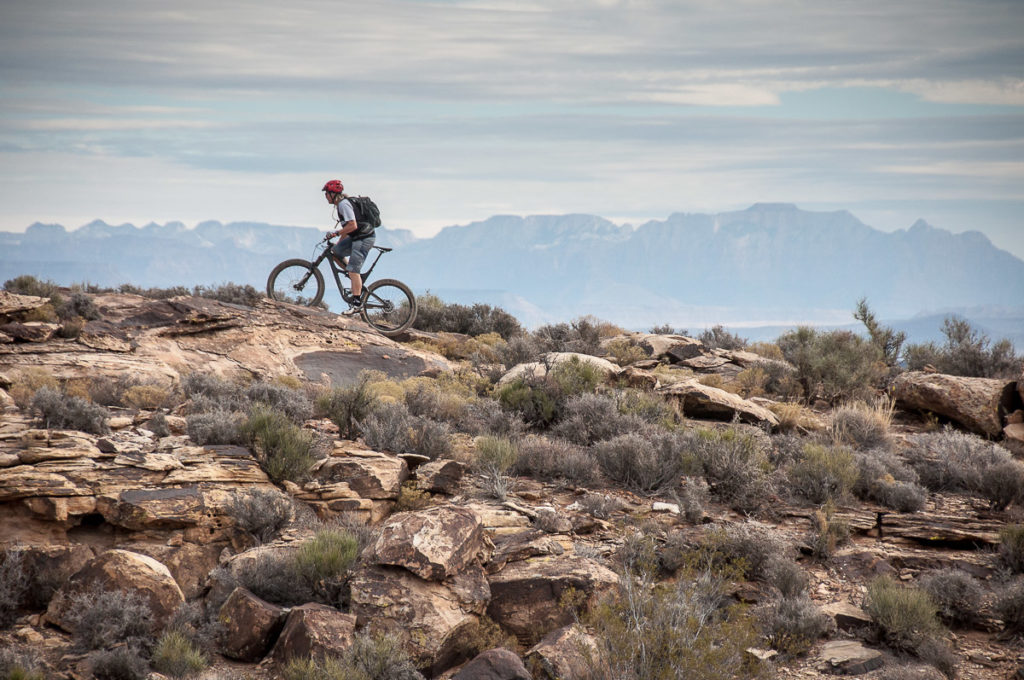 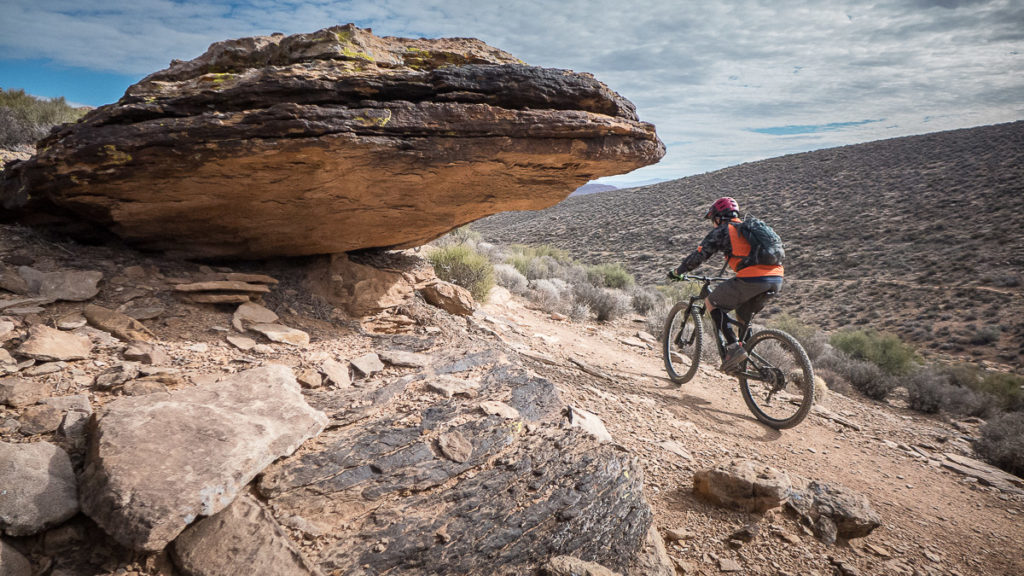 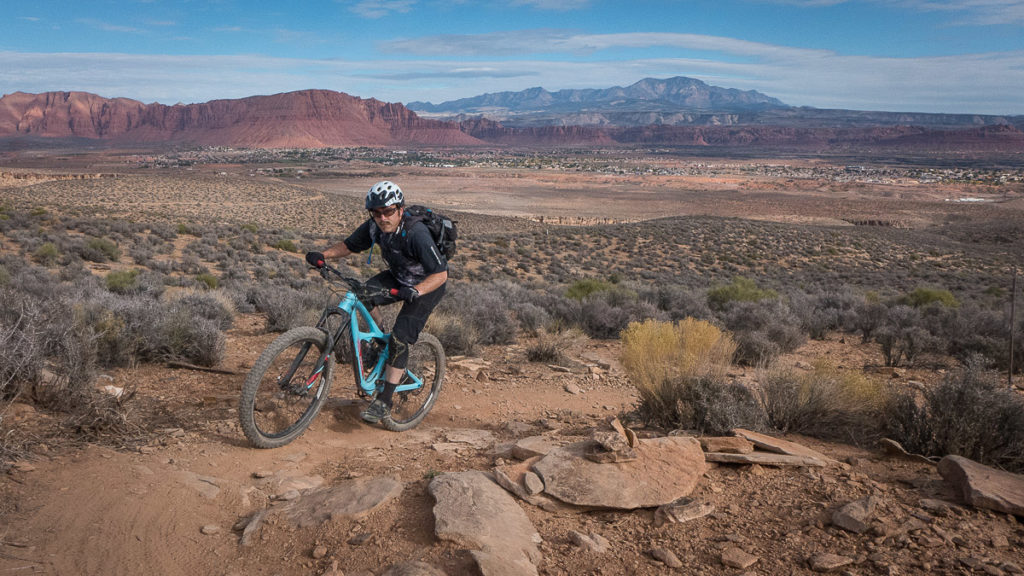 Everyone got some amazing custom jerseys from Qloom– this is approximately half of the total crew posing at the top of Sidewinder showing off theirs. 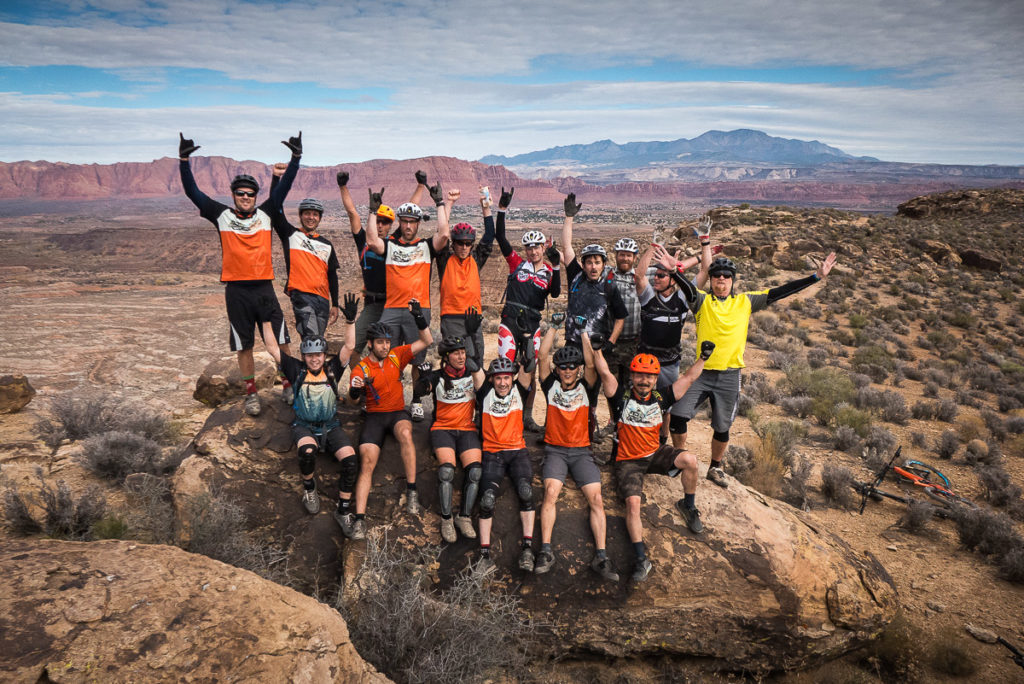 After another 10+ miles of riding on Day Three, the crew came back to the condos to call it a weekend.  Overall, we managed to hit four different riding areas in a three-day mountain bike trip in Gooseberry Mesa, Little Creek Mesa, Hurricane Rim, and Santa Clara… totaling about 40-50 miles of riding for the weekend.  We like to think everyone was bruised but not beaten- the bikes certainly were!

Stay tuned for upcoming announcements on future Ibis Migrations… there are three or four planned in 2017 and all are sure to be epic!  Special thanks to Bill Freeman for capturing the weekend for us- such an awesome rider and an amazing photographer!