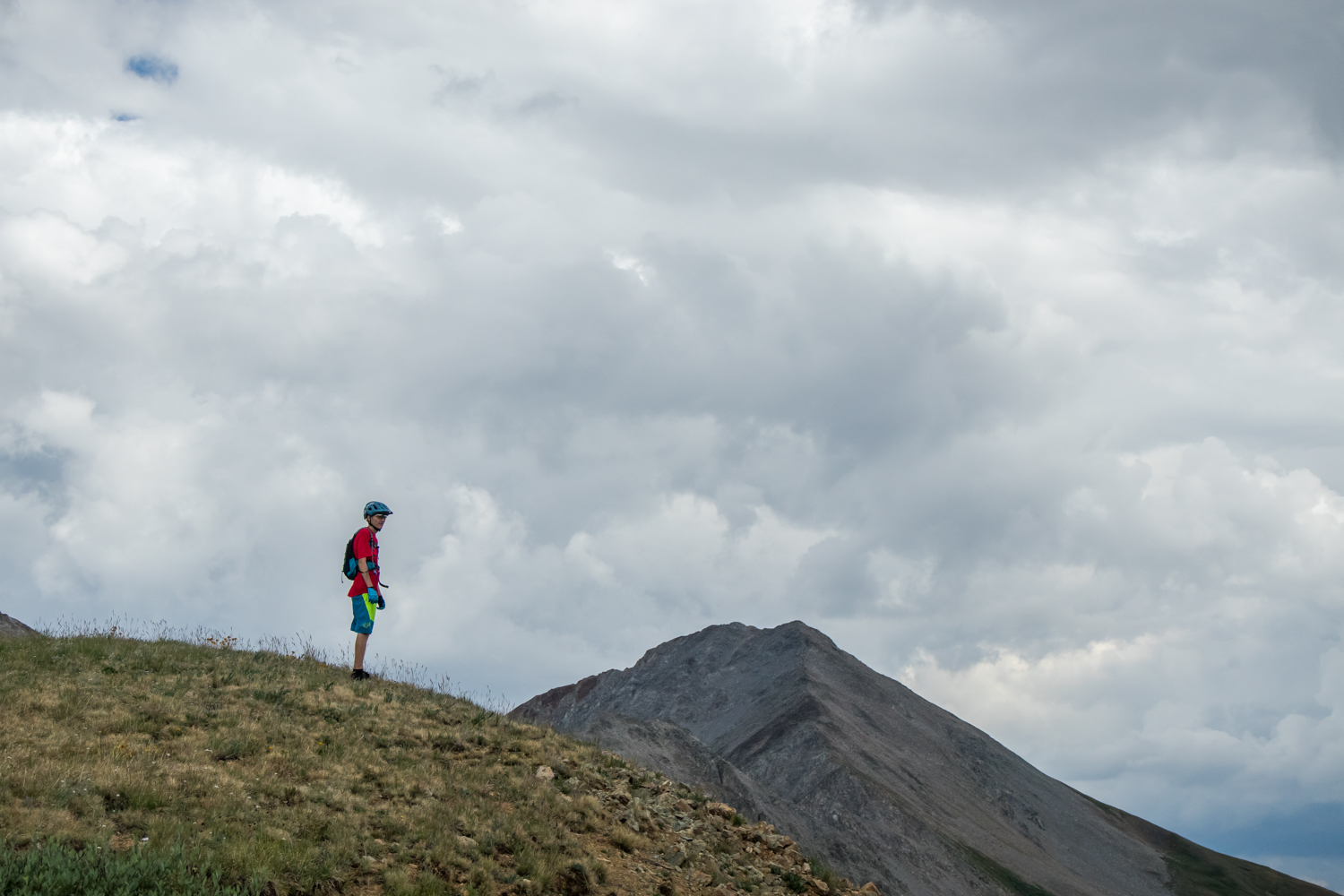 Usually after our 4-day trips, we post a photo epic covering each ride… but we’re mixing it up a bit for this one.  Instead of posting a few pictures from each day, we’re going in another direction: we’ll post several shots from one BIG ride in Crested Butte.

As most of you already know, we like to build in some long, punishing rides during our four day trips.  Especially when we’re high in the Colorado mountains.  This trip was no different, as the third day saw us riding the “Cement Creek Epic”, a 24 mile, 4500-ft vertical foot ride that explored two mountain passes (Crystal and Star), several different trails, and one threatening thunderstorm that put the ride on hold for about half an hour. 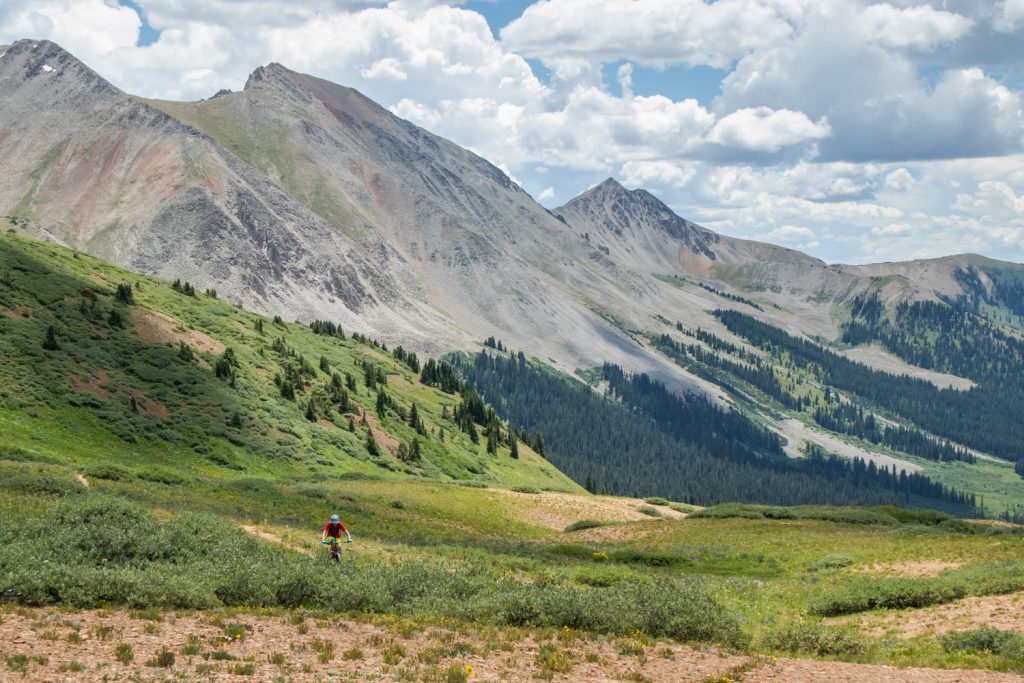 We always tell our riders that the climbs are always worth the effort (because the descents are so damn fun), and this ride pushed that statement to the limits: we began with a 9-mile climb of almost 2500 feet, varying between fire road and singletrack.  This climb brought us to the top of Crystal Pass, at just over 12,000 feet! 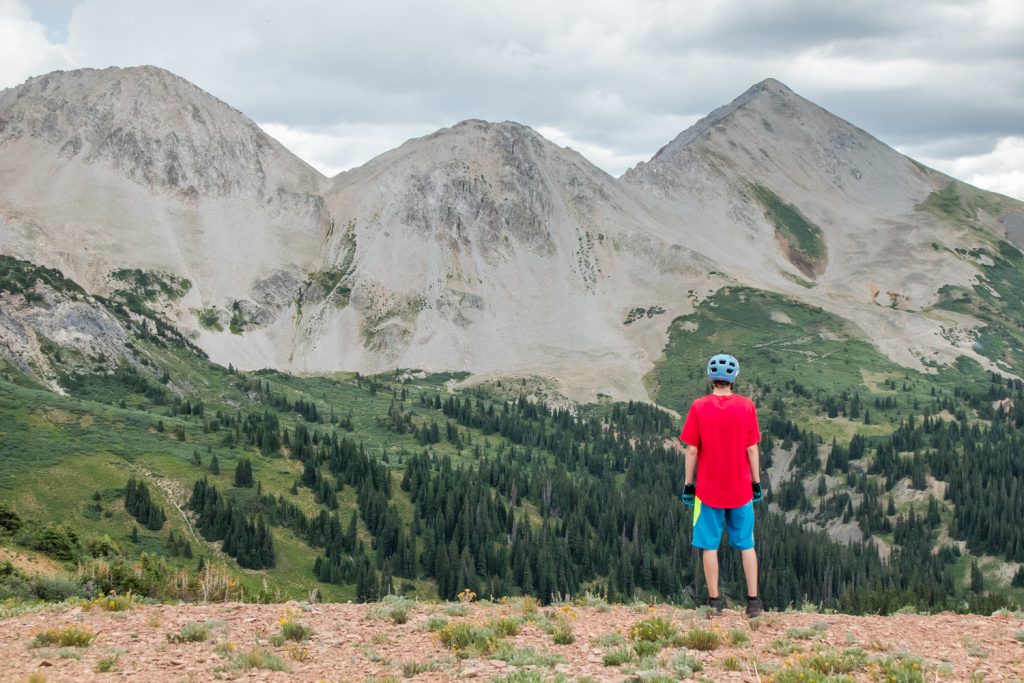 13,000 foot peaks surrounded us, and the views were nothing short of breathtaking.  From Crystal Pass, we dropped down a few hundred feet before a brief climb up to Star Pass at 12,300 feet. 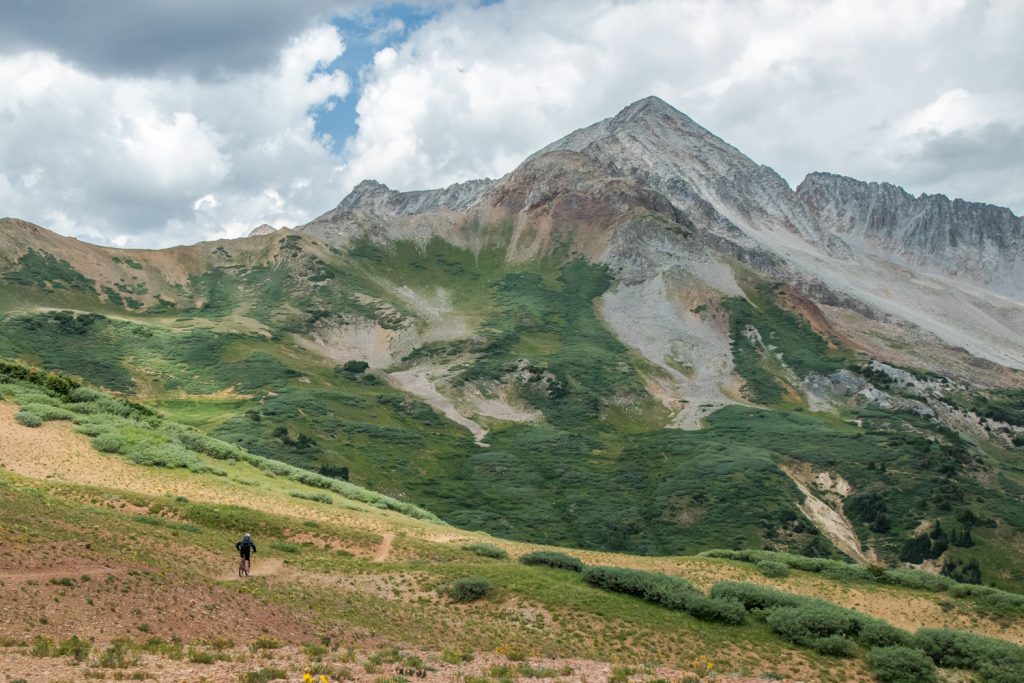 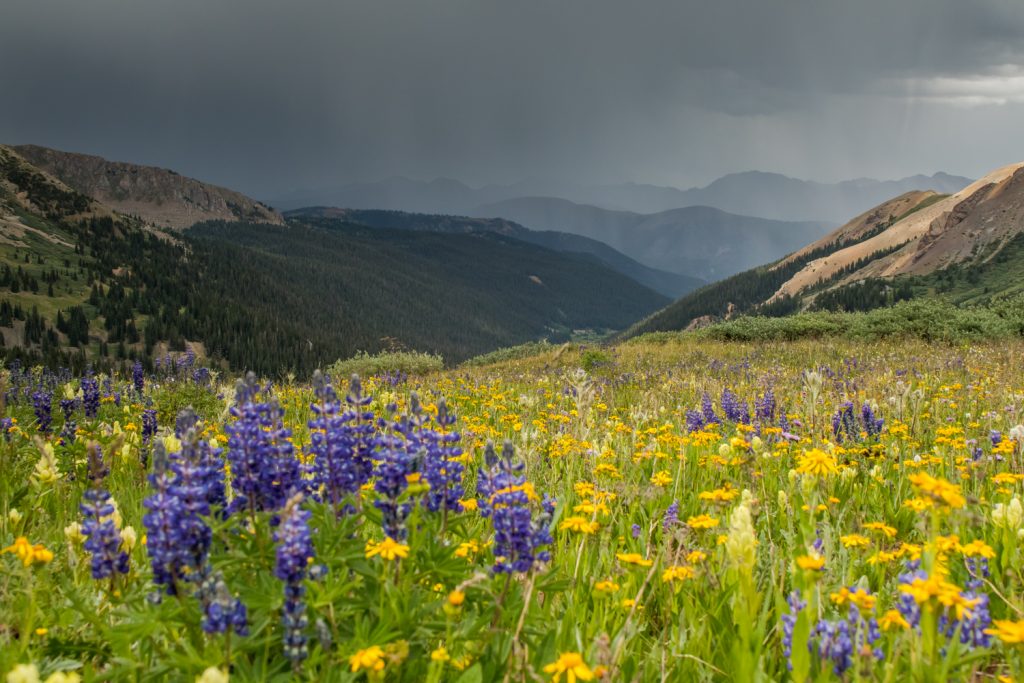 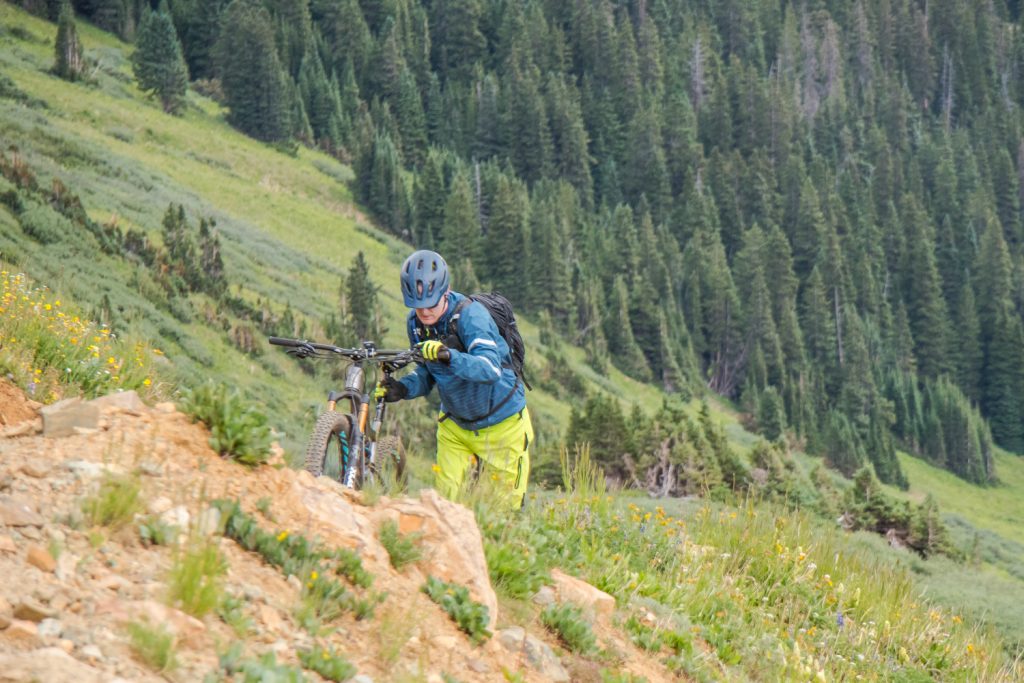 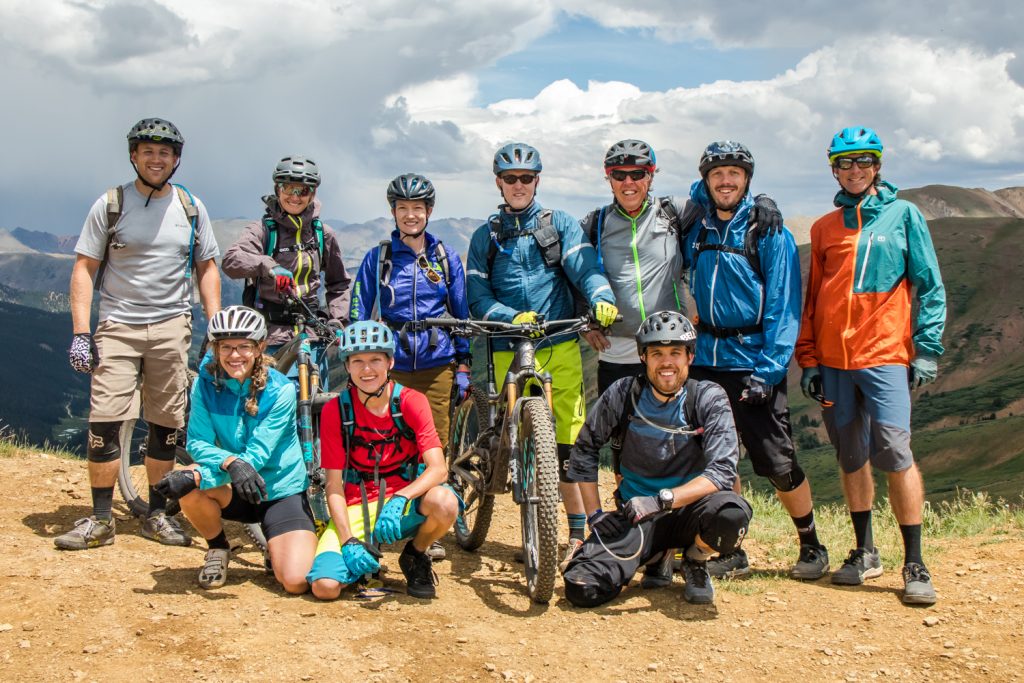 At just over 12,000 feet, Star Pass was the high point in the ride and meant we were 3/4 of the way through climbing for the day.  After a quick group shot and a bite to eat, we were treated to over SIX miles of amazing downhill on Trail 400. 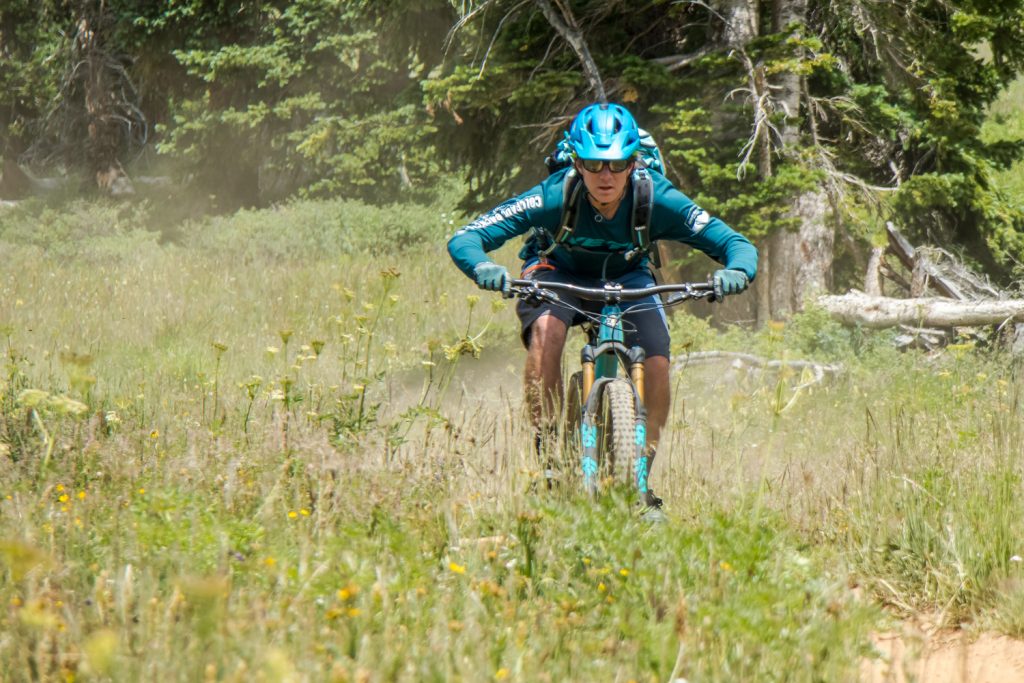 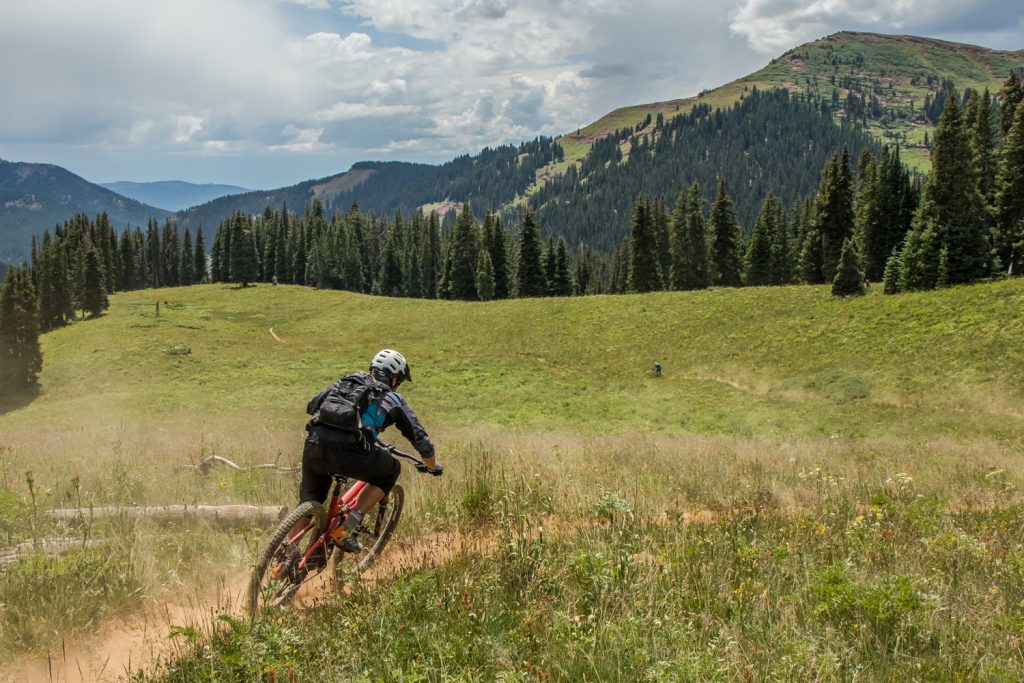 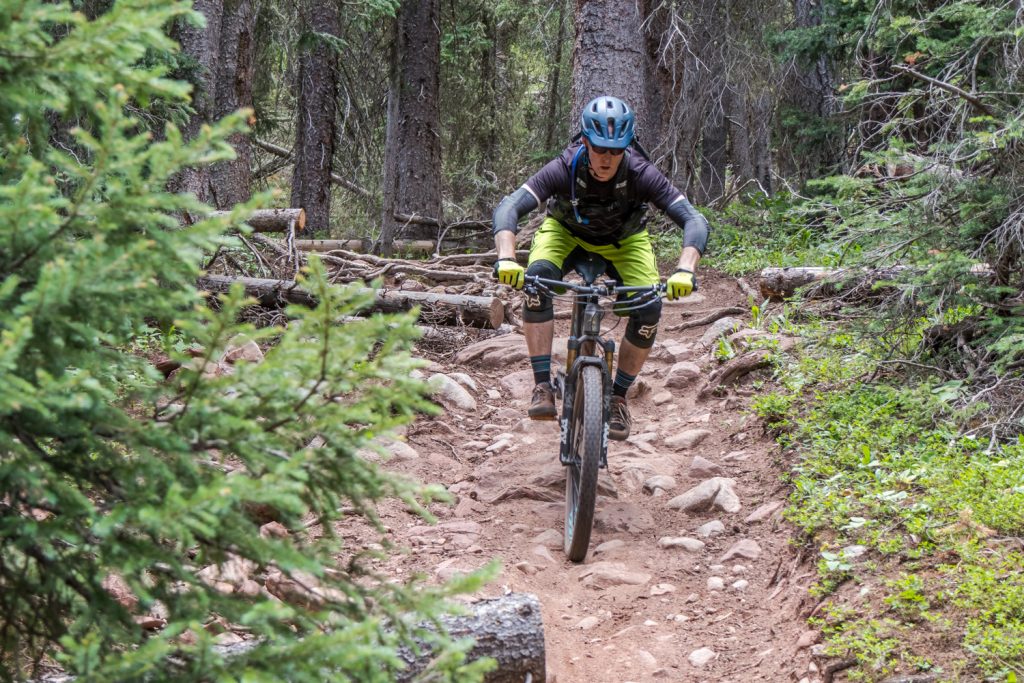 The bottom of Trail 400 meant a quick creek crossing, and then a 45-minute climb up Block and Tackle… before another amazing 6-mile descent down and out on the Cement Creek Trail.  If you’re keeping track at home, that’s over 12 MILES of downhill in one ride.  Let’s just say everyone earned dinner and beers that night! 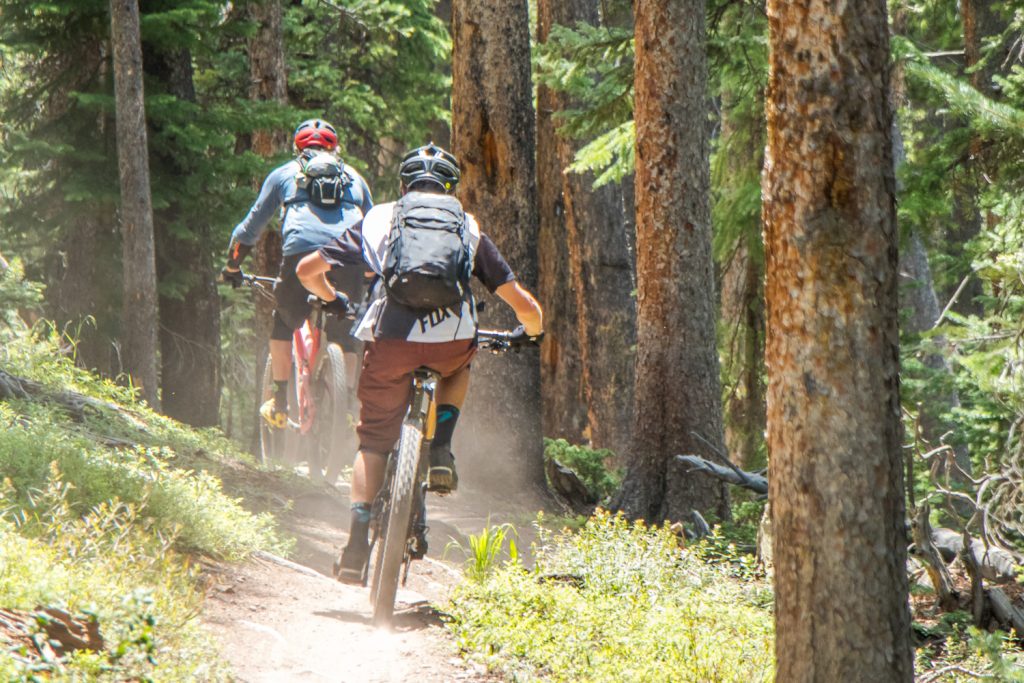 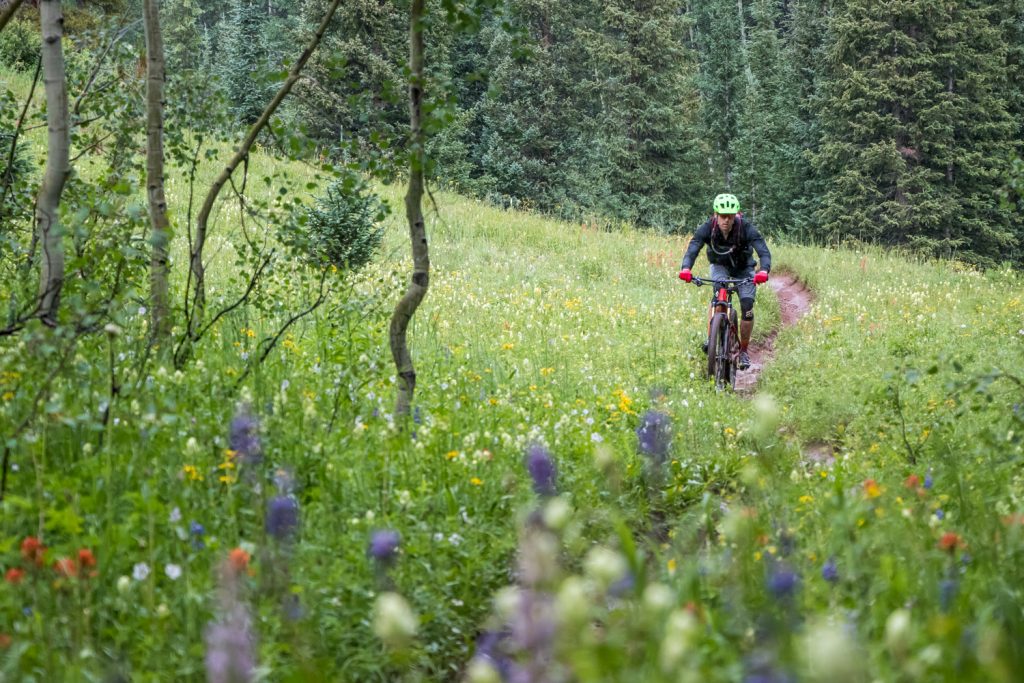