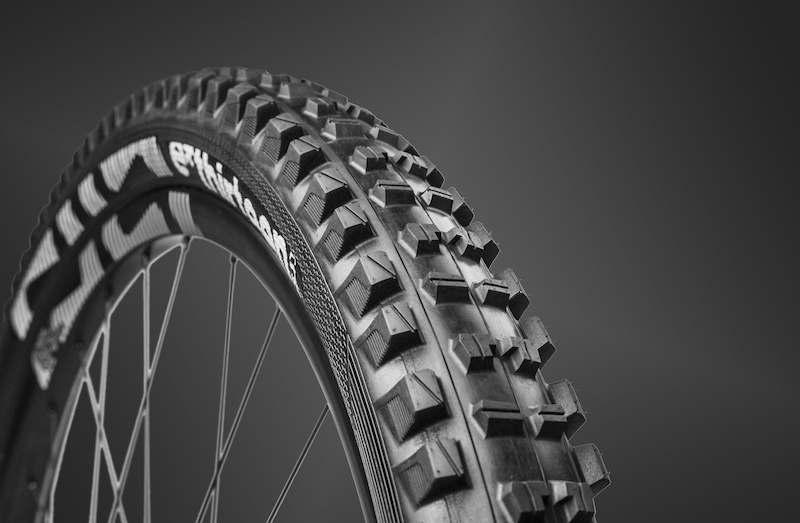 I recently finished up my new build;  I decided to go out of my comfort zone a little and build a mid/short travel 29er.  One of my biggest complaints about all the 29ers I have ridden is the excessive flex from the wheels and tires.  I know you can’t fight physics, but there had to be better options!

To fight that excessive flex I went with some very stiff carbon rims laced to Industry Nine hubs, which just left the tires.  I had to compromise some here, I wanted to keep things as light as possible, but I also wasn’t willing to deal with sidewall cuts and poor handling.  I have been running a lot of different tires over the last 12 months: Maxxis and WTB have been my go manufactures as they have a tire for every condition, and type of riding.  I could have gone with any of their offerings, but decided at the last moment to try out the e13 TRS as it came highly recommended from my wheel builder.  I was very impressed from the moment I first put hands on the tires.  They were robust, seemed to have a good tread pattern, and came very nicely packaged. 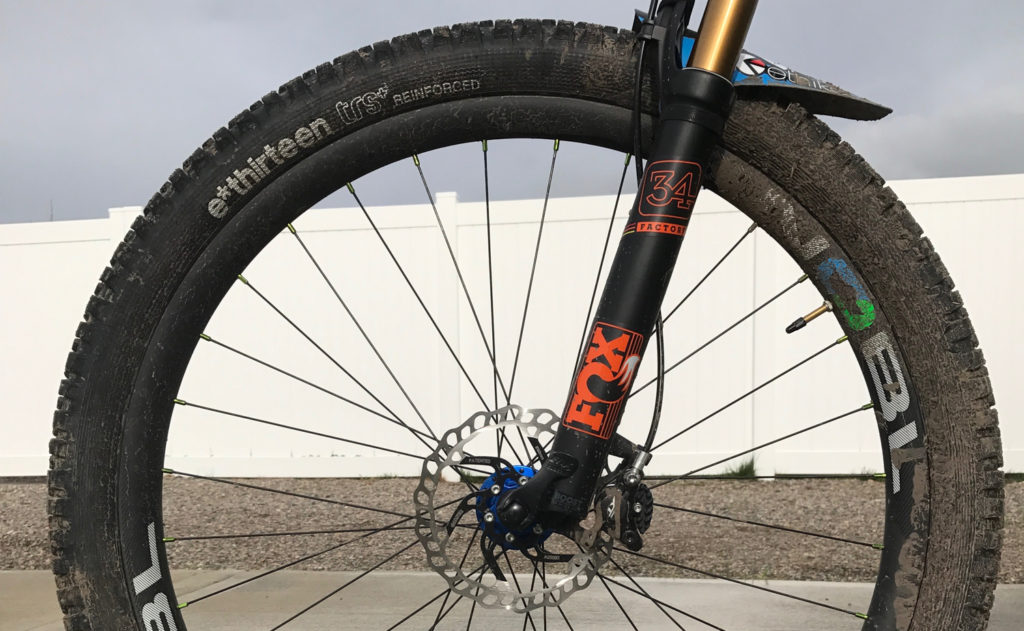 Front and rear mounted up very easily, they did need some persuasion with a tire lever, much less then the WTB’s that I recently mounted; they beaded up quickly with just a floor pump, and had very little air loss between rides.  The sidewalls were stiffer then most trail weight tires, and they had a great look that was not too squared off even on 30mm wide rims. 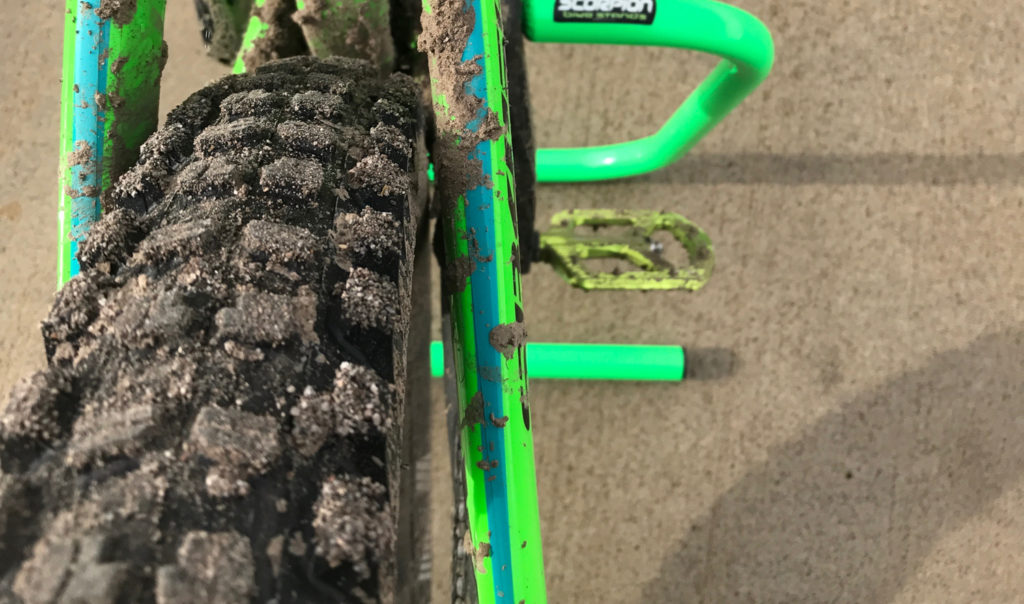 My first ride was very uneventful, it was just a few miles at on a local XC loop that has a little bit of everything, dry, wet, rocks, and roots.  I didn’t really even notice the tires, they just worked.  In the following weeks I got lots more time in all conditions that south east Idaho has to offer in the spring.  I was blown away by the amount of lateral grip these tires offered up, they saved me more than once when things got a bit out of line, and I ended up cross rutted, or being forced to ride the edge of a rutted out trail.  They tracked straight through rocks, and had very little movement over roots, actually much less then many other tires have had.

Tire Volume… Can it be a Negative?

Now for the only downside that I have encountered so far, these are BIG.  So big infact that I had substantial rubbing on my chainstays, especially when there was dirt build up on the tire.  This is not as much a problem, as it is a mismatch, if the tire had less sidewall, or was mounted to narrower rims it most likely would not have been an issue.  Unfortunately it was bad enough that I had to change out the rear for a narrower tire. 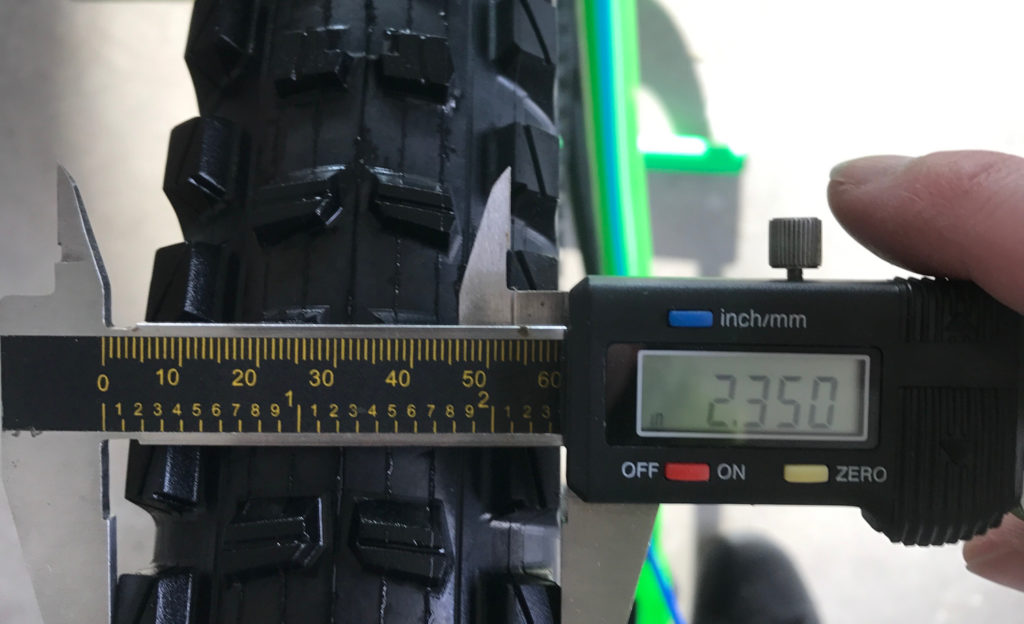 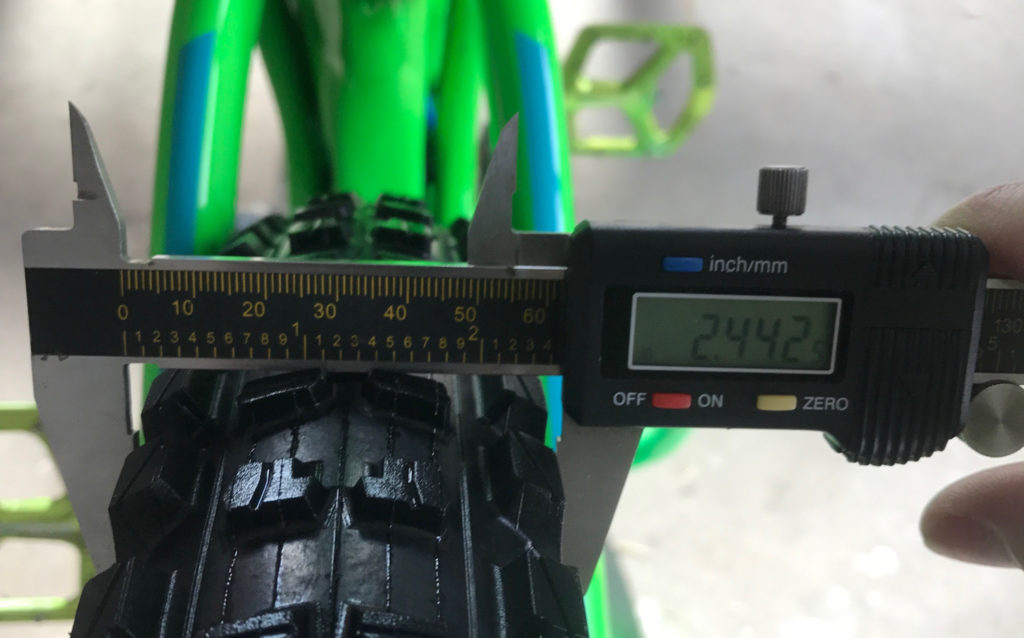 I was very impressed with these tires, and they have replaced the Maxxis DHF as my go to front tire.  They roll well, have a sturdy sidewall, have amazing lateral grip, and brake well in all conditions.  Only time well tell how well they wear when really pushed in a rocky environment this summer, but for now, I am very happy with the e*thirteen TRS tire and will highly recommend it, as long as your bike has the needed clearance.

About the author: Bill has been racing off-road motorcycles since he was a kid; his racing career has given him the opportunity to travel the US and most of Europe.  A few years ago he transitioned that love of two wheels to mountain biking, competitively racing on the Big Mountain Enduro series.  Bill is also a member of the Snake River Mountain Bike Club, and does regular trail work on the killer trails in the Big Hole Mountains in SE Idaho.  In the winter he guides snowmobile trips in the West Yellowstone Montana backcountry, and isn’t too shabby on skis either.   By day he is a career firefighter and certified paramedic with the Idaho Falls Fire Department.