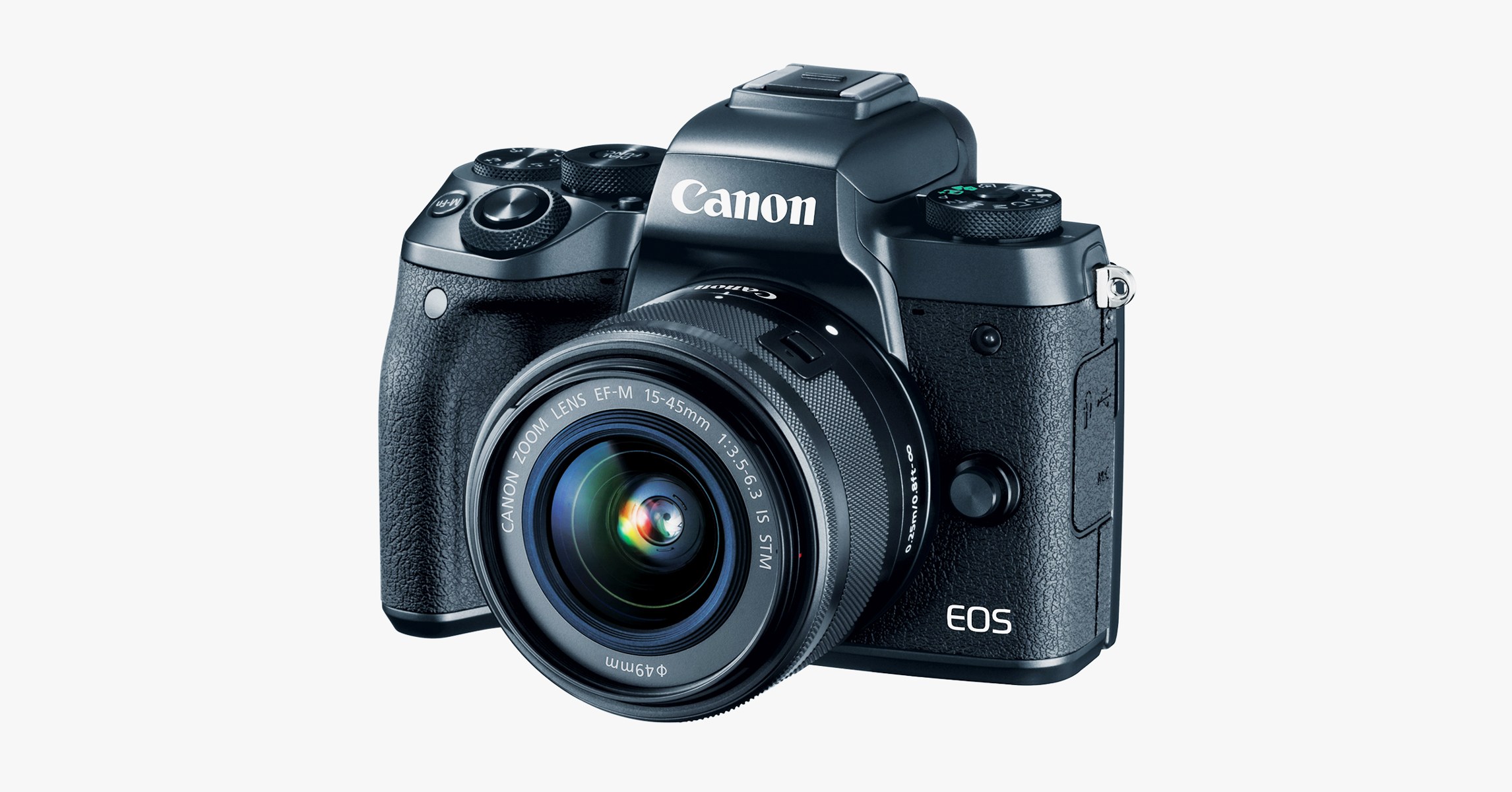 If you follow Chasing Epic or if you’ve been on one of our trips during the last two seasons, you know that photography is important to us.  We love taking action shots of our clients, both to capture the emotion of the moment and to give our riders a lasting memory that they can take home with them long after the trip is finished.  For the last two years, our go-to camera setup has been the Canon 80D and the 18-135mm IS lens.  In terms of full-size “enthusiast” DSLRs, this setup is near the top when it comes to performance, quality, auto-focus speed, and value.

After lugging the Canon 80D around on huge, epic rides of 25+ miles, I was determined to find a mirrorless solution that would reduce the size and weight of my camera setup. I went back and forth quite a bit, and even purchased a few different mirrorless systems (Sony A6000, Olympus E-M10ii, Fuji X-T20) that I ended up selling pretty quickly. All of the systems seem to have their flaws, and all have their selling points. 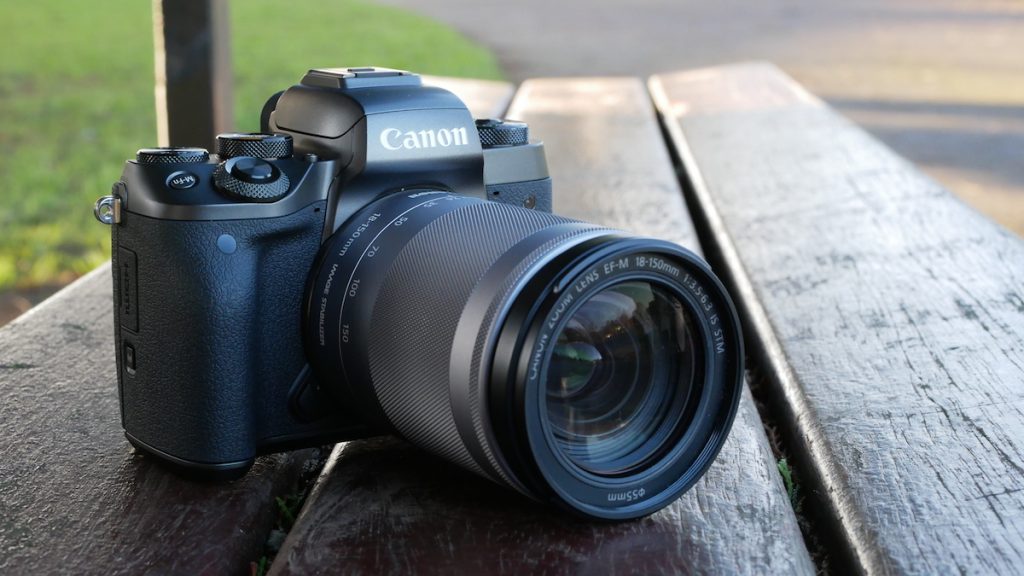 Enter the Canon M5, Canon’s latest addition to their somewhat-lacking mirrorless lineup.  That said, the M5 is a HUGE step up from their previous releases, the M and the M3.  The M5 with an attached lens is smaller than the 80D by itself.  But how does the performance and value align?

I’m a Canon guy, which is the #1 reason I ended up with the M5… familiarity. Being able to quickly switch settings, focus modes, aperture and ISO are super important to me, and I love the Canon menu system.  As I mentioned above, I’ve used the Sony and Fuji systems and I just couldn’t get used to operating their cameras.  The second reason I bought the M5 was price.  Looking across the competitive landscape, the camera bodies are all quite similar in price: the Canon M5, the Sony A6300, the Fuji X-T20.  However, the huge gap comes when you look at the cost of lenses: similar Sony lenses would have cost me twice as much as the two-lens setup I currently have.  I personally decided on the do-it-all Canon EF-M 18-150mm and the ultra-wide angle 11-22, a perfect combination to cover just about all of the “popular” focal lengths.

In the interest of full disclosure- I didn’t get paid anything to do this review, and I certainly didn’t get anything free from Canon.  I wish.  Canon has zero interest in sending me free stuff; they sponsor some of the best photographers in the world and as of yet, I don’t come close to qualifying.  I bought this setup with my own money, after doing my own research. 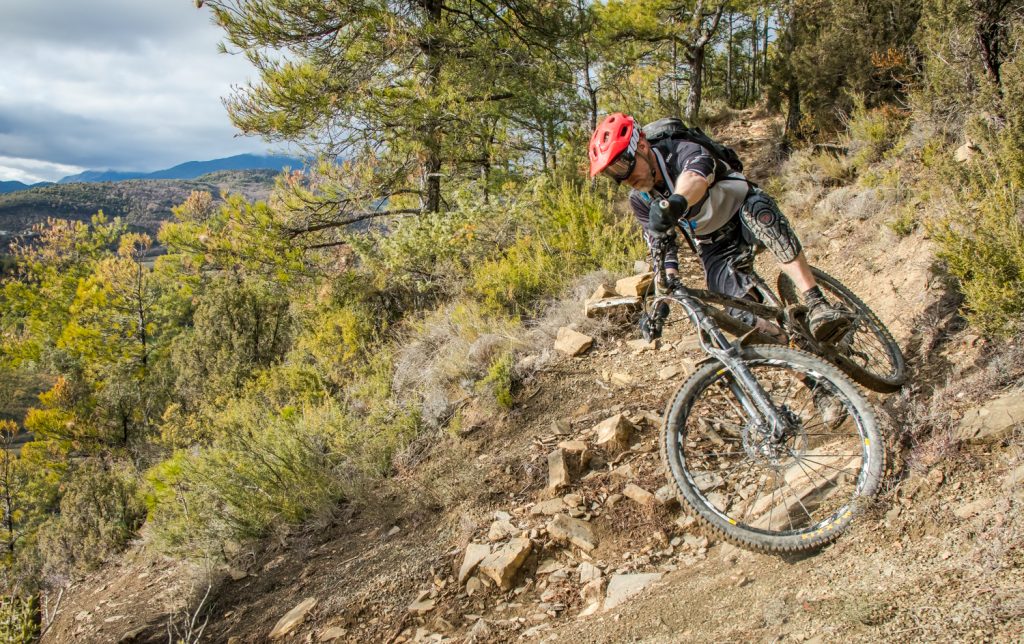 A few random thoughts on the camera, after using it fairly extensively for about a month:

– The IQ is as good as the 80D, from what I can tell. Check out the pictures displayed here for some examples.

– The AF system isn’t as good as the 80D, but it’s a compromise and it’s damn close. AI Servo locks on pretty easily and focuses quickly- in my unprofessional opinion, I’d say it’s 80% as good as the 80D, which is one of the best systems out there in an APS-C body.  A large majority of the time I use the “spot focus” method (where I pre-focus on an area and let the rider come through it), which makes the AI Servo performance somewhat irrelevant.

– The lenses are light as shit, and are a fraction of the cost of competitors. As mentioned, I have the 18-150 and the 11-22. I paid about $600 (refurbished) total for both. The comparable Sony lenses would be double that, at least. Same with Fuji, if not more expensive.  Considering this is my second camera setup, I didn’t want to break the bank and I’m sure you don’t either.

– I absolutely love the touch-screen AF point selector. It’s as seamless as using a small joystick, if not better since it works with bike gloves. The customizable buttons are nice as well- I’ve got one each set up for AF mode and burst rate. And then there are two easy-to-use dials to control Aperture and ISO.

– 9 FPS (in One-Shot) and 7 FPS (in AI Servo) is a nice added touch, which is plenty fast to capture the action of a rider hauling ass towards me or across a scene.  Thank god for digital memory cards! 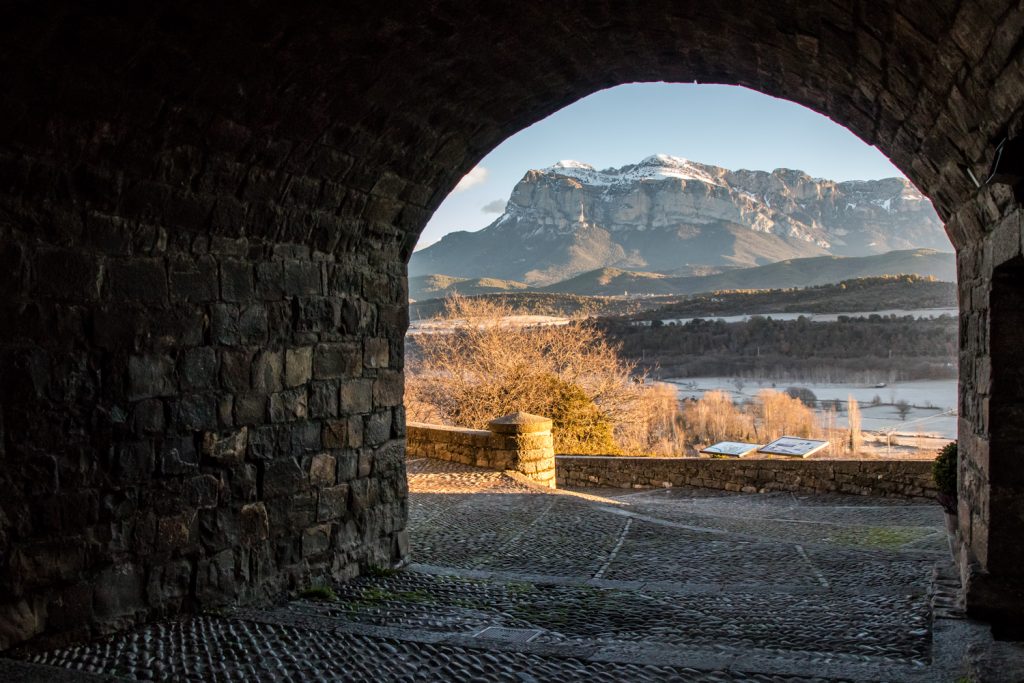 So what don’t I like about the Canon M5 and/or the lenses?

So is it the “ultimate” MTB camera?  For my purposes, it sure is.  It’s light, it performs well, the available lenses fit my needs, and it’s affordable.  For our trips and “everyday” shooting, I can’t see myself going back to a full-size DLSR… I’m hooked on mirrorless!

And finally, here are a few more shots taken with the Canon M5: 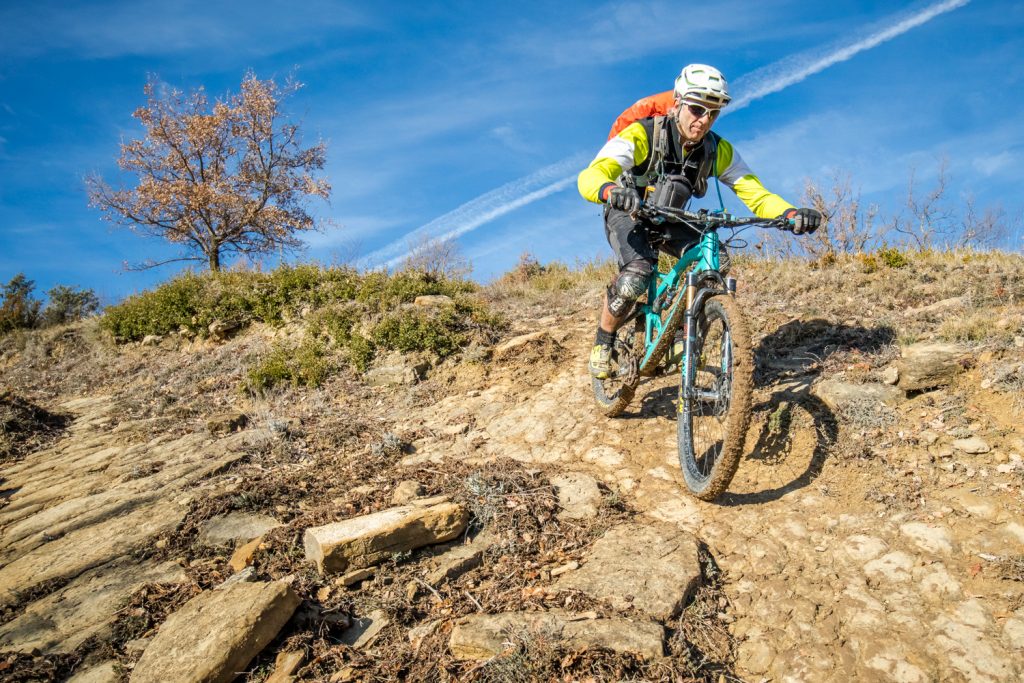 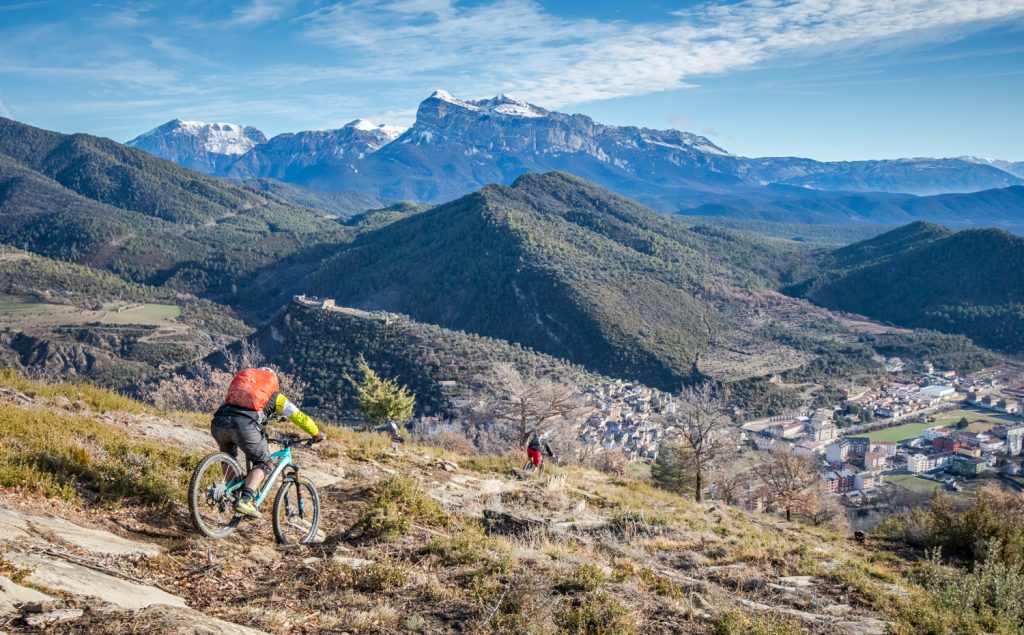 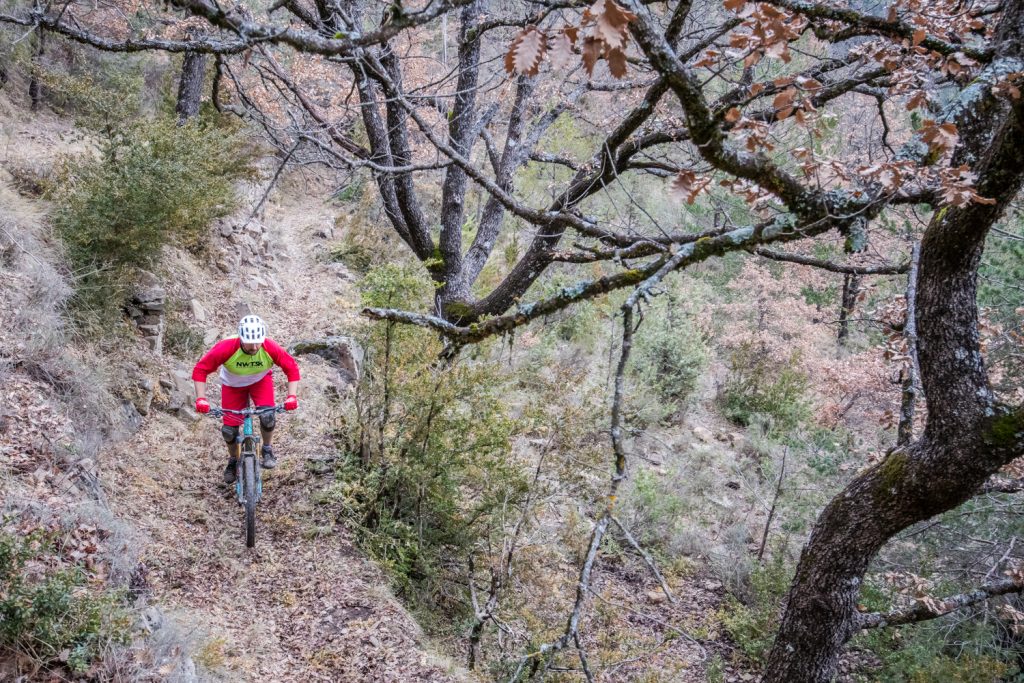 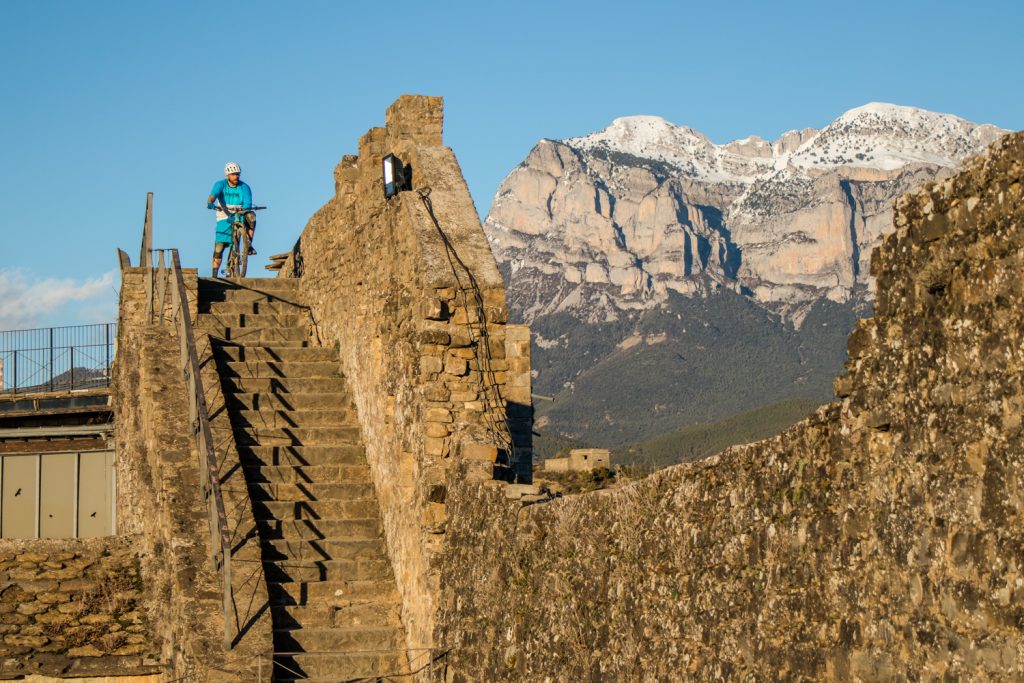 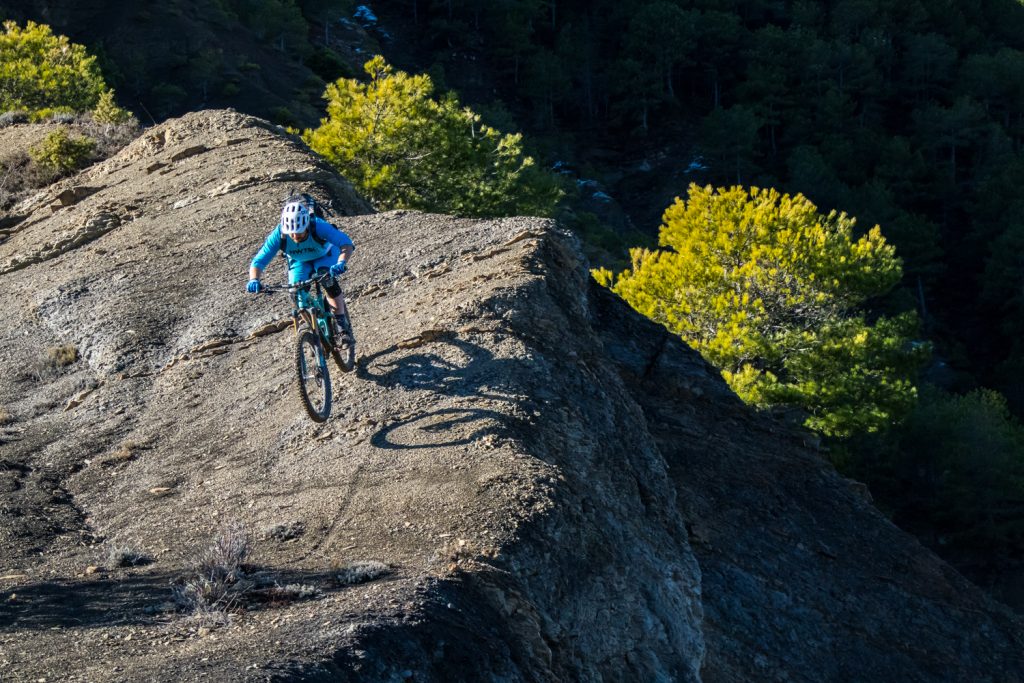