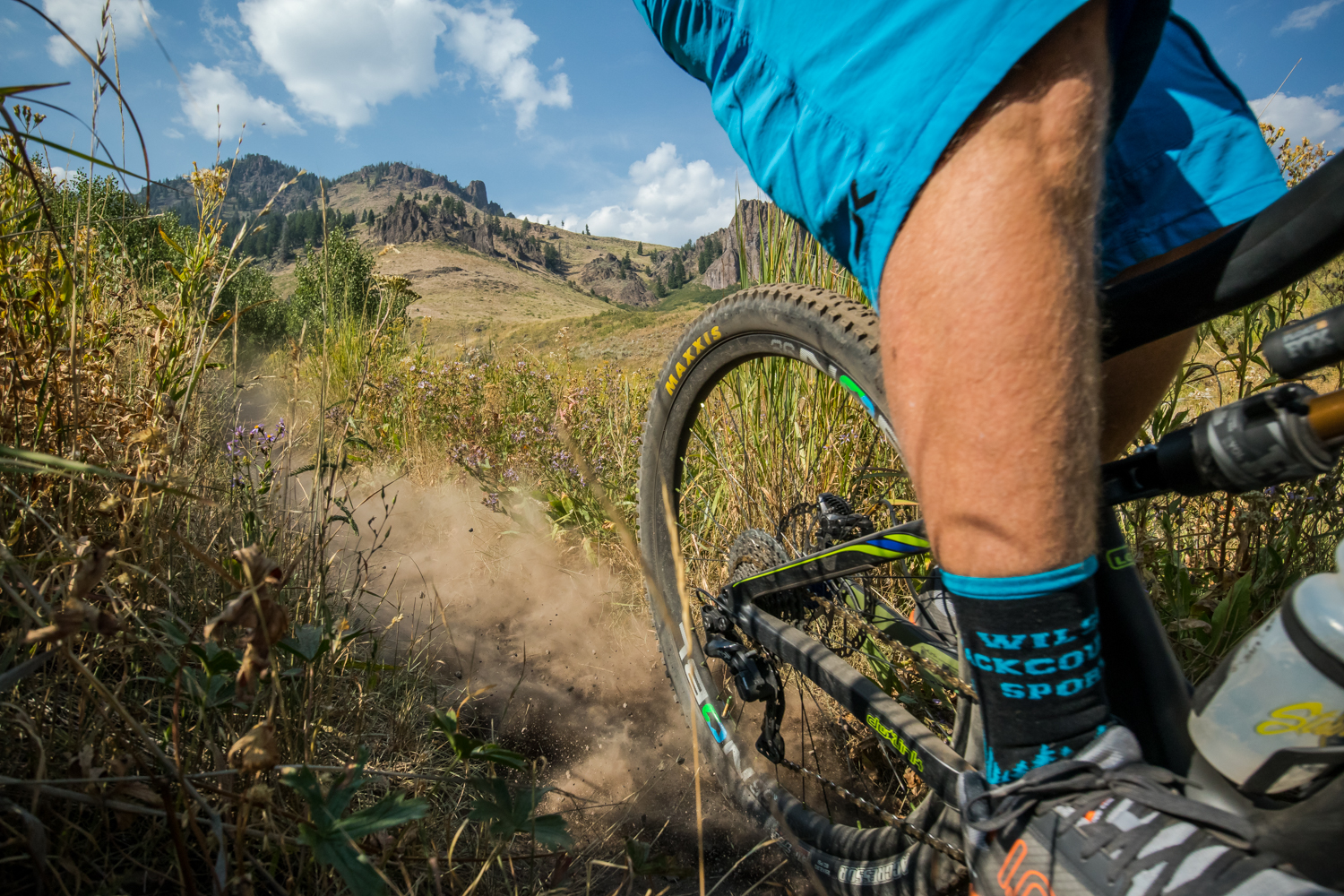 About the reviewer:  Bill leads multiple trips each year for Chasing Epic, mostly in Sun Valley, Moab and Fruita.  Bill has been racing off-road motorcycles since he was a kid; his racing career has given him the opportunity to travel the US and most of Europe.  A few years ago he transitioned that love of two wheels to mountain biking, competitively racing on the Big Mountain Enduro series.  Bill is also a member of the Snake River Mountain Bike Club, and does regular trail work on the killer trails in the Big Hole Mountains in SE Idaho.  In the winter he guides snowmobile trips in the West Yellowstone Montana backcountry, and isn’t too shabby on skis either.   By day he is a career firefighter and certified paramedic with the Idaho Falls Fire Department.

The bike setup:  Ibis Ripmo size large with an XT 1×11 build.  Upgraded suspension with the Fox DHX2 and Fox Factory 36, along with pimped out Nobl rims and Industry Nine hubs.  Yep, I went all-out on this one.

Trails Ridden: Mostly local trails around southeast Idaho.  That said, I also put a good amount of time on the Ripmo in Jackson Hole, Sun Valley, and Moab. 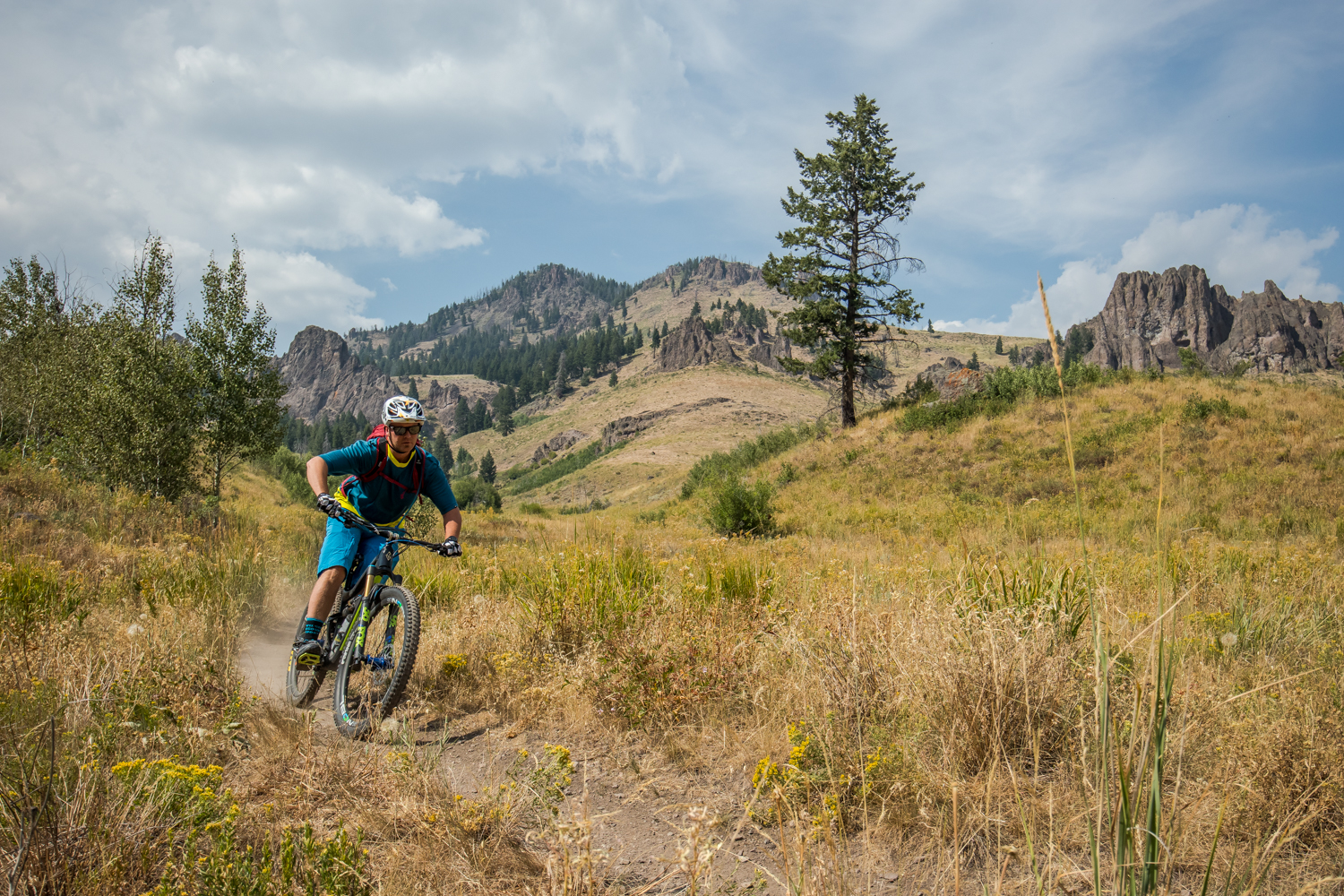 My intro ride on the Ripmo was at a local area near my house in South East Idaho, it’s a good combination of rocky chunky climbs, some rolling single track, and some of the fastest smoothest downhills I have ridden anywhere.  It’s a perfect 10-mile loop to get acquainted with a new bike and work on getting it set up just right, since I know every inch of trail here.

Right out of the gate I loved how the Ripmo felt: it was long and low, it actually felt a lot like the proportions of my dirt bike. I was sitting fairly upright yet still aggressive and able to weight the front end when I needed to in corners or technical climbs.

I’ll be upfront:  the Ripmo climbs better than any long-travel bike I’ve ridden.  And I’ve ridden a LOT.

The Ripmo was amazing as it was so comfortable to be on for long climbs, even on the hour-long 3,000 foot nonstop climb up Teton Pass.  Get this: my climbing times did come down some compared to the Yeti SB 4.5C I rode last year, and the Nomad I have been riding the past few years.  Chalk it up to fitness or chalk it up to the bike, either way I think it’s pretty impressive that I even sniffed my climbing times aboard the Yeti.

When the climbing got technical, the 29” wheels combined with the lower offset fork worked really well: tight switch backs  and especially chunky rock gardens were easy to clean as the bike felt solid and playful at the same time. I never experienced any “odd” handling feelings like I had in the past while riding 29’ers in those same situations. 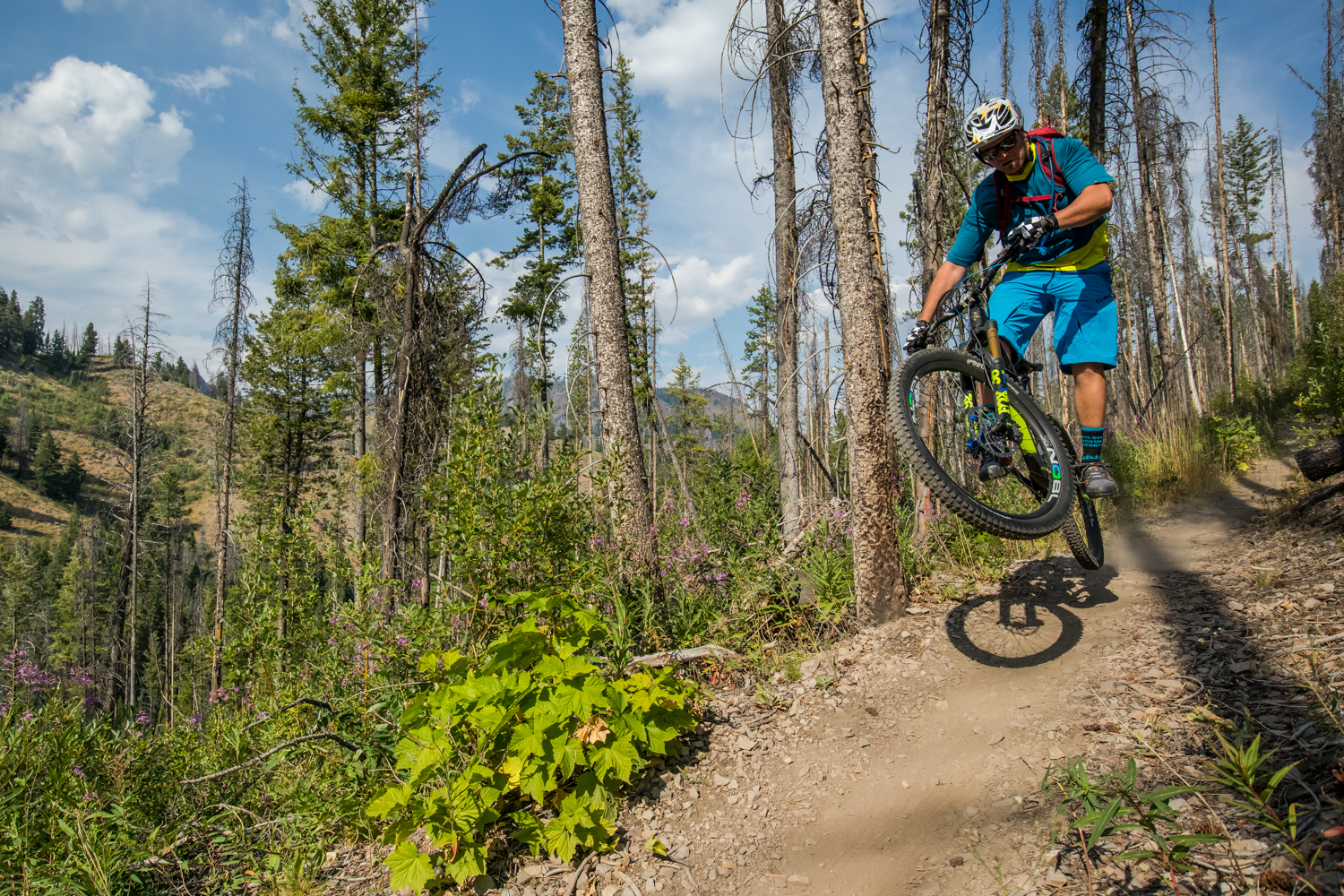 And On The Descents:

Where the Ripmo really shined for me was after I topped out, when it was time to point it down.  Unlike climbing, I excel when gravity and speed are on my side:  no matter how fast I am going on a mountain bike, it is slower than I would be going on a dirt bike so I’m more comfortable than most.  I am not a super playful rider, I am more of the type who points downhill, staying off the brakes as long as possible with the goal of getting to the bottom faster than anyone else.

I was very surprised that I could ride like that when I was with a fast group, or I could slow down and get playful and poppy when riding with slower groups aboard the Ripmo.  The bike did both without blinking an eye, just a couple clicks of the rebound and it went from a downhill bulldozer to nimble and playful.  While the Fox suspension definitely gets some credit here, without good geometry it wouldn’t matter.  The Ripmo is NOT a one trick pony.  It’s more Dr Jekyll and Mr Hyde, without being scary.  On the contrary, I’d say it’s actually pretty sexy. 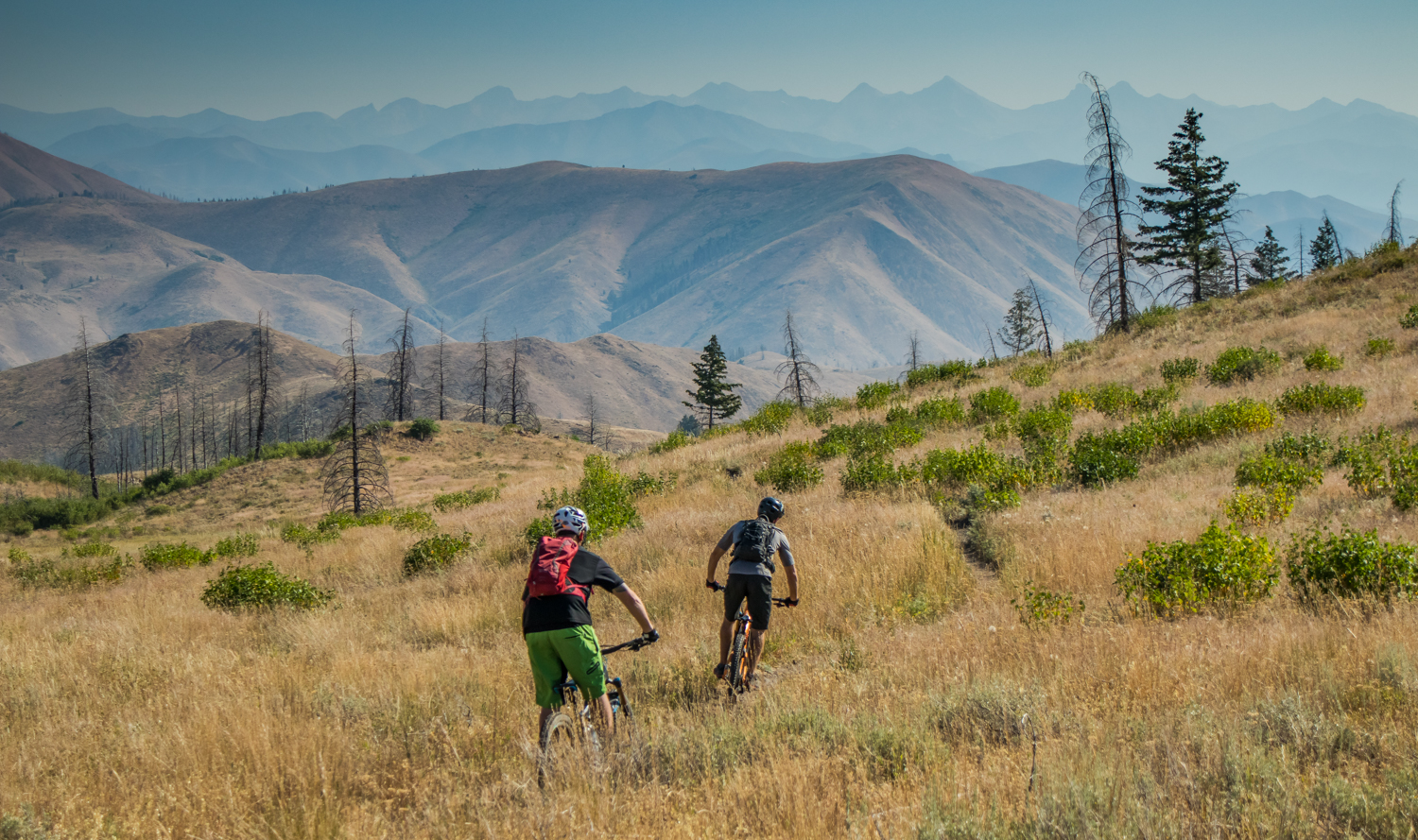 I can 100% say after my year with the Ripmo that I could have it as an only bike, and be completely happy with it.  I rode local XC trails, raced Enduros, hit all my favorite trails in Moab and Sun Valley including a few 30+ mile days, and had a few days at the Grand Targhee and Jackson Hole Mountain Resort Bike Parks.  All with he same bike, same wheels, and only small tweaks to suspension clickers here and there.  So yeah, I covered just about everything there is to ride on a mountain bike.  And no complaints.  None.

The Ibis Ripmo is the best do it all bike I have ever owned: it climbs great thanks to the seat tube angle.  I am sure with a strong climber it’s even faster, as it even allowed me to cut time off the climbs.  And I’m not a climber.  Then when you turn it downhill I found it’s more capable then most down hill race bikes from even a few years ago.  Add in the ease of working on it with the threaded bottom bracket, simple internal cable routing and rear linkage system and there are even more reasons to love this bike.

Personally, I’d feel comfortable riding this bike on any Chasing Epic trip as it seems to adapt to the terrain and make you feel like a better rider no matter where you are.